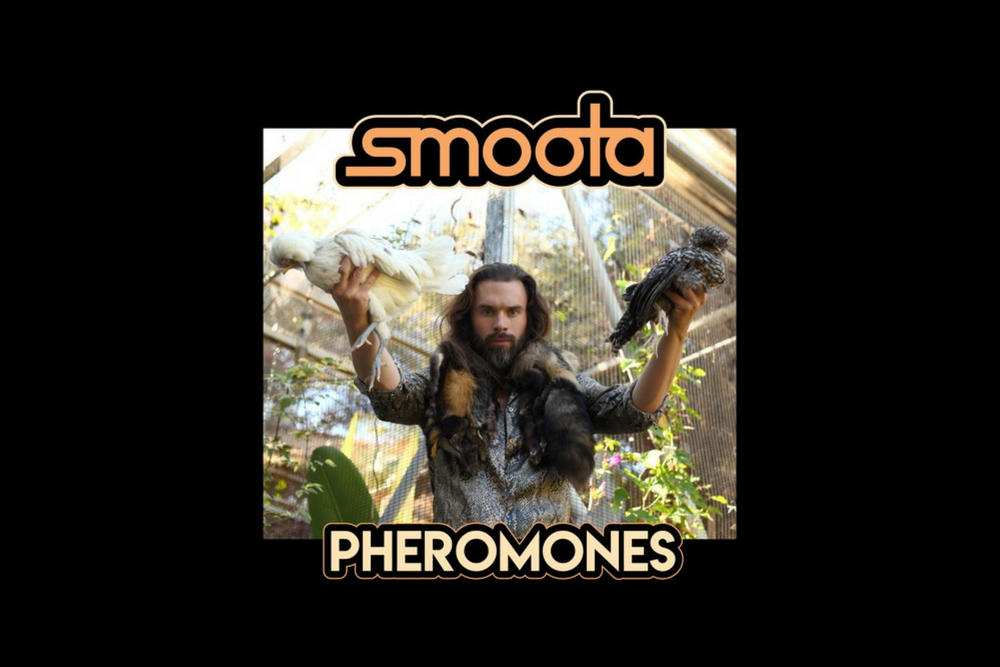 We are loving this release from Smoota from his upcoming album which is due out in a couple of months. Smoota is a well seasoned musician who has toured with ‘TV On The Radio’ and worked with acts as diverse as Run The Jewels, Aaron Neville and Steven Tyler. He has put this experience to good use here by playing virtually everything on the release. Right from the get go Pheromones has a great sense of humour from the vocal content to the supporting release photos but that doesn’t detract from the music which is brilliantly produced.

Smoota has shared a list influences with this release including the likes of Marvin Gaye, Eddie Kendricks and Parliament and you can see these artists shining through the music. If you then throw in early Groove Armada and mate them all with the offspring of Har Mar Superstar with the sole purpose of creating the ultimate sex charged anthem then you just about have it nailed. It’s a fun and original sound but one which is exceptionally well delivered.

Tags: FUNK, Smoota, soul
This website uses cookies to ensure you get the best user experience. By clicking “Accept All”, you consent to the use of ALL the cookies. However, you may visit "Cookie Settings" to provide a controlled consent.
Cookie SettingsAccept All
Manage consent