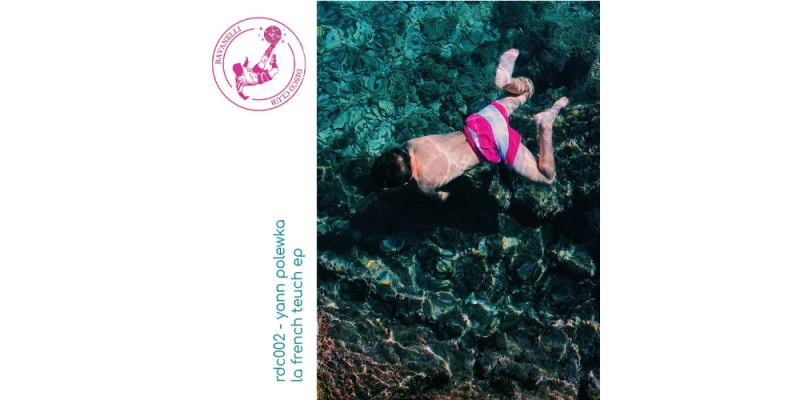 Following up their debut outing from Hotmood which dropped back in June Ravanelli Disco Club are back with their second release and have drafted in hot French Producer Yann Polewka who’s recent Vern EP on Cardiology was first class.

His French Touch EP features 4 great tracks with 3 original tracks and a remix from in form Cody Currie.

Our premier today features Paul Rudder another artist who is at the top of his game at the moment. He has teamed up with Yann for a supremely funky slice of Disco House in The Rebound Love Affair. A heavy kit, ever so funky guitars and a great spoken vocal merge with a big bouncing bass-line and some tasty synth stabs to create a track with bags of positive energy. Peak time disco house through and through.

Kicking off the EP is La French Touch (69 mix) a deep and driving classic slice of filtered French house. Fusing a monstrous bassline, smooth pads and some great vocal stabs this has everthing it needs to be a club mainstay though-out the summer.

Following is Canabliss which ramps the power up even further, it’s a another classic style filtered house track with an earworm ‘What I’m gonna do without ya’ vocal. With the funky bassine and filtered synths doing the damage this is another big track.

Next up is Cody Curries remix of La French Touch he adds in a seriously jacking kit and some heavy acid lines which joust perfectly with the looped up Garage keys for what is the coolest moment of the track. An real standout from a standout EP.