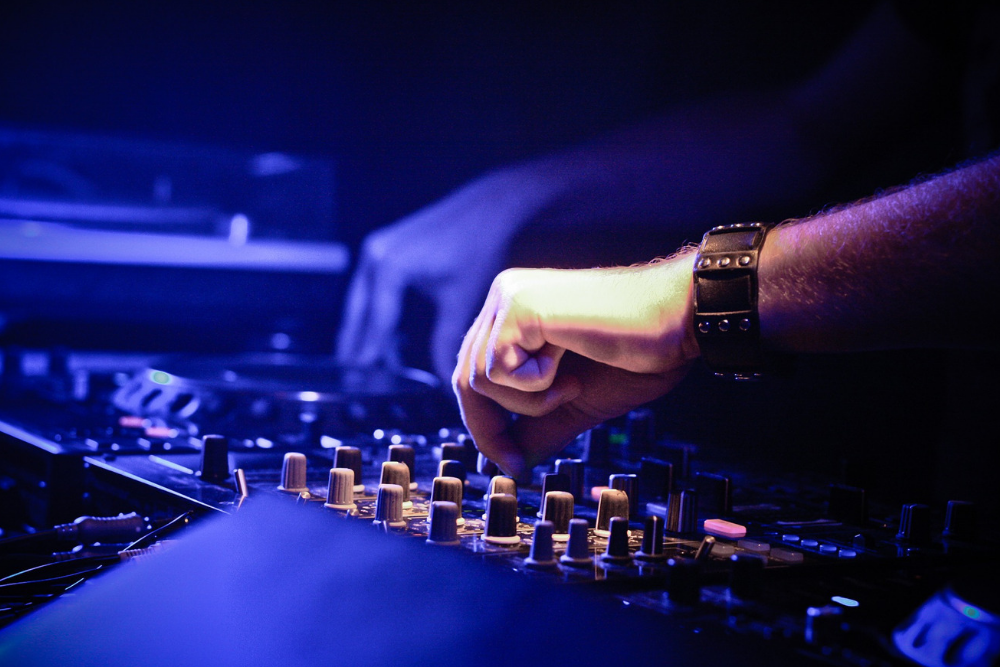 Amy Sings is the brand new column from the inimitable Amy B Douglas, in our opinion one of the hottest vocalists on the planet right now. Amy will be putting the world to rights, taking us for a trip round her neighbourhood, giving us song recommendations whatever takes her fancy.

For her first column Amy discusses bad patronage and those crappy requests every DJ has to deal with at some point. ‘Play something we can dance to’ or ‘What songs do you have’ anybody? Check out Amy’s latest single with Horse Meat Disco as you check out the feature.

Happy New Year! It’s 2019! Wow! We made it! New year? New rules. So pull up a chair, pour yourself something that sedates you from misery, and pay close attention to what I have to tell you.

DON’T. TALK. TO. THE. DJ. Just DON’T. This person’s job, is to make you DANCE. Your job, is TO dance. If you are desperate to hear that Drake song that is the new fuel of your life, do not walk over to the DJ booth and make a request. Go to your car, go outside, grab your bag or wherever your smart phone lives, make like you live in 2019, don some headphones and GO HAVE YOURSELF A PERSONAL DRAKE MOMENT. 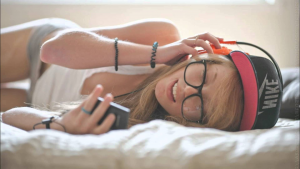 The DJ in the booth on any given night, in any given city, is not here for YOU. What’s that you say? Allow me to repeat myself. A DJ, is not here for YOU. I realize that this notion, especially for the well-heeled clientele that occupies the landscape of a 9-5 reality might have a hard time grokking this concept. Said body of people who make a living during daylight hours have a nasty habit of assuming that those who work by night, don’t really have a job to do. I know this, not because I am a DJ, in fact I am most definitely NOT a DJ, but I’ve worked in nightlife for the better part of my adult life as either a house band member, go-go dancer and (bien sur) as a vocalist in a myriad of different scenarios for people’s entertainment. People who get up early in the morning to punch a clock tend to think that those who work in nightlife, do so, because of some slacker immaturity, an inability to “leave the party,” and they don’t tend to perceive that anything housed in a world of debauchery, could ever be construed as “work.” Allow me to de-mystify this for you. Not only, is it most definitely work, it’s HARDER work for far less payoff. Do you carry crates of records around with you to your day job? If you do, I want to know who your boss is, so I can get a job there too. Did you spend hours and hours traveling by plane to your day job? Again, if you DID? I want to know where you work and if there is a potential opening in the company. Much like bands who are hired to play, did you endure a ton of “hang time” during which you’re doing absolutely nothing more than waiting for the job to start, as you get tired, bored and depleted because you’ve been stringing together a bunch of gigs to make the rent and to do so requires a huge amount of energy expenditure?

Don’t get me wrong, I’m not here to defend DJ’s heck, I personally think there are just far too many of em, and the market is hugely oversaturated. This isn’t me supporting DJ culture, so much as supporting comrades I work with who have to deal with a clientele that just doesn’t see what they or anyone in nightlife save for the security team, coat check person, ticket taker and bar staff as a “job.” Trust me. It’s a job, often a thankless one. 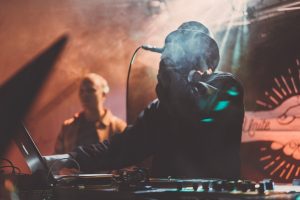 The DJ in question, once again, (for the people in the back) is not here for you, or more specifically not the “personal you”, so much as a “universal you.” He or she is here, to support the VENUE in question, having been hired to perpetuate said venue’s mission statement. Said venue assumes, that it’s patronage is there KNOWING that the special kind of atmosphere they are providing. Don’t like what they play? Really just have that burning need to hear that Drake song? May I suggest finding a venue that all but specializes in the Drake Catalog?

Be cognizant enough to realize that your faithful Saturday Night routine, the good time you get to have every weekend when not being put over a desk and metaphorically spanked to death, is someone else’s entire livelihood. It’s A JOB. Yup, that’s right Mr. Investment Banker, or Ms. AUSA, it’s a JOB, JUST LIKE YOURS. The only difference is that yours doesn’t involve fog machines, hot and cold running idiots on drugs, flashing lights and alcohol. AGAIN, if it DOES? Hook a sister up with a gig at your company. I’m gonna take a wild guess and say it’s unlikely that this would happen, so in knowing this, it’s time to establish rules of conduct that accompany said positions. It’s time once and for all to set the boundaries between the DJ and dancing audience. I mean, do you attend Cirque Du Soleil and bum-rush the stage to complain about how fast the aerialists are twirling and in which direction? Do you go to a Broadway show, the Ballet or Opera and say “wow, this dance number sure is great but it would be a lot better if you could play some fucking Drake???” Unless you are the tech, the DJ about to take over for said DJ on the decks, you’ve been paid to carry the record crates, or you’re the guru that diffuses said DJ’s pressure points so that they don’t go off the hinges from a life of nonstop movement? Leave them to do what they are hired to do, which is set tone, set mood and cater to the venue in question, which in turn like a sort of “trickle down effect” means that the inhabitants of said venue will be able to rely on their taste level. If you don’t dig techo, why would you go to a venue that specializes in it, and worse, why do you think you have the right to go up to the DJ booth and say “this sucks, can’t you play some Drake?” 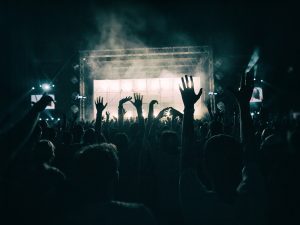 I know, I know Mr. High School Science Teacher, it’s hard to comprehend that the people who make your Saturday routine are actually working, because…well…..it looks like they’re just having FUN! They work in places wherein the only end game, (one hopes) is to HAVE fun. Mind you, they probably ARE having fun, but if you think that it doesn’t take effort or preparation to create a soundtrack by which to suck down your overpriced cocktails so perfectly, you’d be wrong. Better still, let’s say this think piece is all just a shallow exercise, there is still the underlying theme, the absolute truth, that NO ONE wants to be BOTHERED while they are doing their jobs, and they don’t want to be TOLD how to DO THEM. Who is coming down to your local chippy and telling you how to deep fry that Mars Bar? An outright bleeding pillock, that’s who. Who is coming down to Burger King to tell you how to flip the burgers? If it’s not the manager who trains you? A trogolodite with an IQ that reduces every single time he uses the bathroom, that’s who.

Hunter S. Thompson once put it best “buy the ticket, take the ride.” If you walked up into a venue that specializes in gabber, happy hardcore, and/or intense thundering industrial music and you are more of a Drake type of boy or girl? Well may I suggest in advance you DON’T WALK IN THE DOOR? It’s like going to a Sushi joint and asking for a sandwich menu. If you are this type of person, you are more self centered and useless than can possibly be described, and there is a Polar Bear who is starving to death that could really use your head as a snack.

Oh and finally? If when at the bar, you order a vodka soda, which by my estimation is the liquid equivalent of depression? You should go take a long look in the bathroom mirror and debate whether or not your life has one shrapnel of meaning. Life is short. Put some sugar, in that bowl.

Amy Sings is written by the inimitable Amy B Douglas.

Catch up with Amy: https://www.facebook.com/grizzabella4life 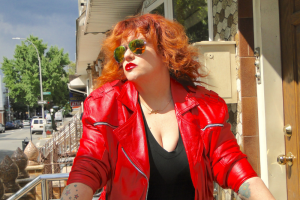 Tags: Amy Sings
This website uses cookies to ensure you get the best user experience. By clicking “Accept All”, you consent to the use of ALL the cookies. However, you may visit "Cookie Settings" to provide a controlled consent.
Cookie SettingsAccept All
Manage consent