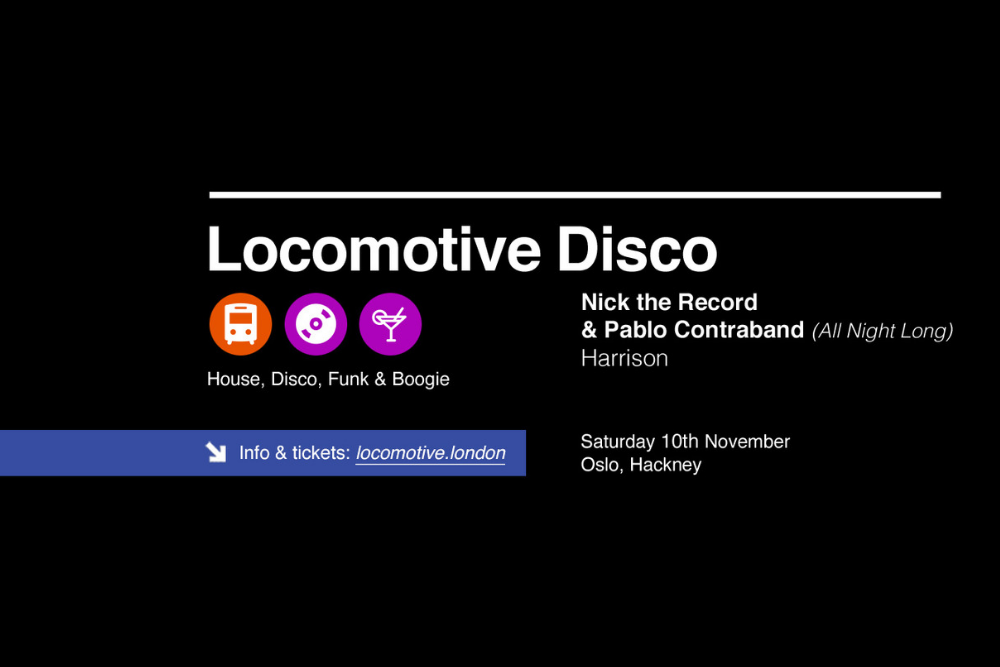 Heading up our brand new gig of the week series we have gone for a very cool gig in Hackney’s ‘Oslo’ Bar which is situated within a converted Victorian railway station. They have been packing in some choice guests and a knowledgeable crowd for months now with their Saturday night ‘Locomotive Disco’ event.

This Saturday’s event sees two of the scene’s most experienced and entertaining selectors ‘Pablo Contraband’ and ‘Nick The Record’ holding down the decks for 7 hours straight from 9pm – 4am. Meanwhile Room 2 sees Harrison who has a growing rep of his own doing the business.

Tickets for this one are a bargain £5, grab them from: https://bit.ly/2NheacN

Expect only the finest in House, Disco, Funk & Boogie all night.

Tags: Harrison, Locomotive Disco, Nick The Record, Pablo Contraband
This website uses cookies to ensure you get the best user experience. By clicking “Accept All”, you consent to the use of ALL the cookies. However, you may visit "Cookie Settings" to provide a controlled consent.
Cookie SettingsAccept All
Manage consent