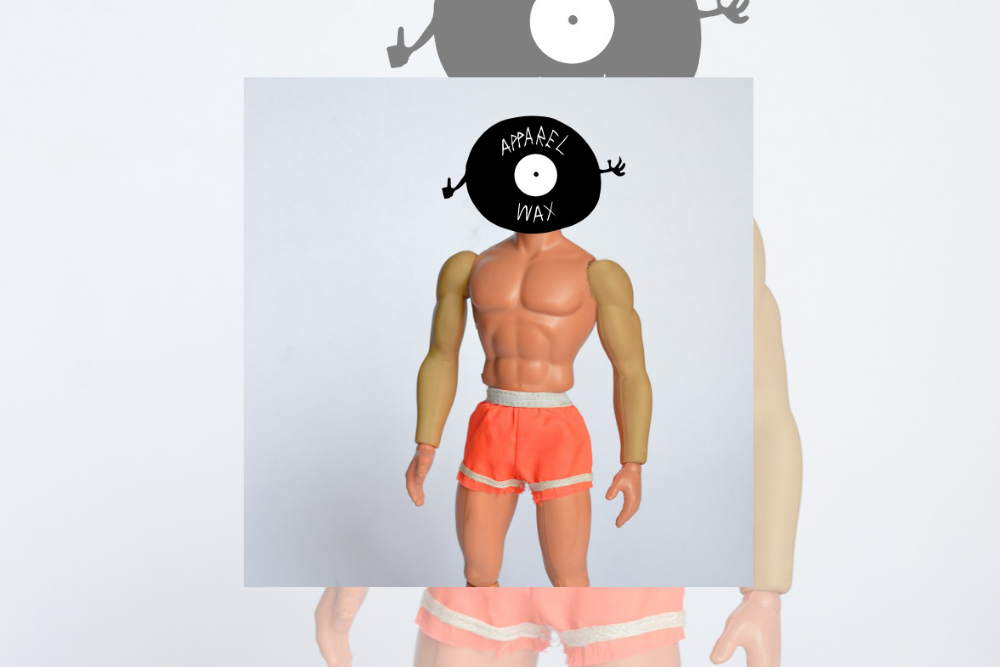 Apparel Wax are the consummate men of mystery, keeping their own names firmly out of the limelight they prefer to let their music do the speaking and that it most certainly has. Their previous EP releases and recent album have helped them gain a mountain of voracious supporters across the globe. They have also demonstrated a great sense of humour and canny marketing nous. Their latest release APLWAX006 is due out on the 22nd July and we were blown away when it dropped through our digital letter box last week. 3 tracks of heavy club gear which will be getting hammered in our DJ sets across the summer.

We promptly tracked down these elusive producers and tried to get to the bottom of their persona, we also discussed their label Apparel Music and they put together this absolute barnstormer of a mix for us, which you need to be getting on right now.

Hi there Apparel Wax,
Thanks for speaking to us today.

For our readers who haven’t come across your releases before how would you describe the musical style of Apparel Wax?

Hi there, pleasure to speak with you guys!


So, Apparel Wax is a collective of worldwide anonymous artists, our style is about not having a style but putting music in the spotlight.

Our influences start with house music and embrace everything we consider fresh and up to date. It is a long search that ends on the dance-floor where our tunes are used by the DJ’s to make people have fun.

Please can you give us 3 of your tracks which are quintessentially Apparel Wax.

Essentially these are the 3 tunes that, in my opinion, describe our style in the best way. But again, is my opinion, as I like to think that everyone digs different tracks according to their soul, and that’s also the feedback we get when throwing our new releases around.

You are gearing up for your forthcoming release EP006 on Apparel Music. How would you describe the release and can you give us a bit of history about the release?

It’s going to be released in summer, therefore it has summery vibes.  We chose some tracks that could give this feeling in our best possible fashion. We also picked some tracks that were waiting to see the light for quite a few months, as some tracks doesn’t necessarily need to be freshly made to be actual.

You launched the label in 2017 please can you give us some history about your path to launching the label and tell us a little about the ethos of the label.

It’s curious how nobody quite gets the soul of the project in the first place, I always have to explain it but I guess I knew it. It’s difficult nowadays with so many “labels” involved in the market to escape from this concept.  Apparel Wax is not a label, it’s a project, haha.

The (mother) label is Apparel Music which will turn 10 in 2020.  We decided to create Apparel Wax after 7 years of music and more than 1k tunes released on our catalogues, because I felt like I wanted to bring back music to the centre of attention.  To do so I had to ask a big effort to the producers behind the project, essentially to take a step back for the sake of the project and they responded well.  But everything comes and goes so from time to time we’ll give them back what they gave us by dedicating them some releases on our Apparel Music’s catalogues.

You recently released you debut album LP001 please can you tell us a little about the album and if you had to pick one track from the album which jams the hardest in a club what would it be?

After 5 releases we wanted to speak even to the more fussy ones and try to develop a story, going through the eras of house music: starting from funk, to classic, then lo-fi and so on till today’s vibes.

You have had some brilliant marking ploys on previous releases including apparel condoms and apparel glasses. What can we expect to come with EP006?

It’s just fun to mess around with the items, it has started like a joke and then we kept on putting some little gifts seeing how people reacted.  For the first 200 who will buy APLWAX006 we created a custom Apparel Wax Snakes & Ladders and a dice: the goal is to reach the centre of the record.

Some might say it’s a marketing choice, we say it just describes our personality: me and my team, we’re people who love music and who work hard everyday to achieve the highest standards in this field but we also don’t take ourselves too seriously. It might be banal but it’s a good guideline.

You are a proper man of mystery, how would we know you if we bumped into you in the street?

Hahaha, maybe! Who knows. Maybe you’d bump into more than one people, not just one. We like to remain in the background. Maybe you’d heard of me/us from some of the artists partaking in the project but that’s the least important thing, believe me. Interviews are the best tool to explain how that’s not our focus, only music is, and you can listen to it whenever you want.

What is the ghost collective and do you have a club house or a special handshake so you can tell who the members are?

It is the group of artists who give their talents for Apparel Wax: we usually select them by listening to their tracks and then sooner or later we always get the chance to meet them in person. We have a mailing group where we chat and where we communicate with each other and I reckon that’s a cool thing, nowadays, to be able to do that online and not having to chase each other personally. It speeds everything up.

These are 3 tracks that always inspire me a lot and which draw a blueprint.  In this blueprint that someone drew I’m trying to give my opinion bringing something new and personal.  Always remember someone came before you and left that door open.

When you are djing what is your ’if all else fails track?

Moodymann – It’s 2 Late For U And Me (youANDme Edit)
Cause When it all falls the masters come and help, hahaha.

What else can we expect from Apparel Wax in 2019?

Not to be cocky but you should expect to see what more of what we’ve done so far: trying to deliver great music that we’ll share through our platforms.