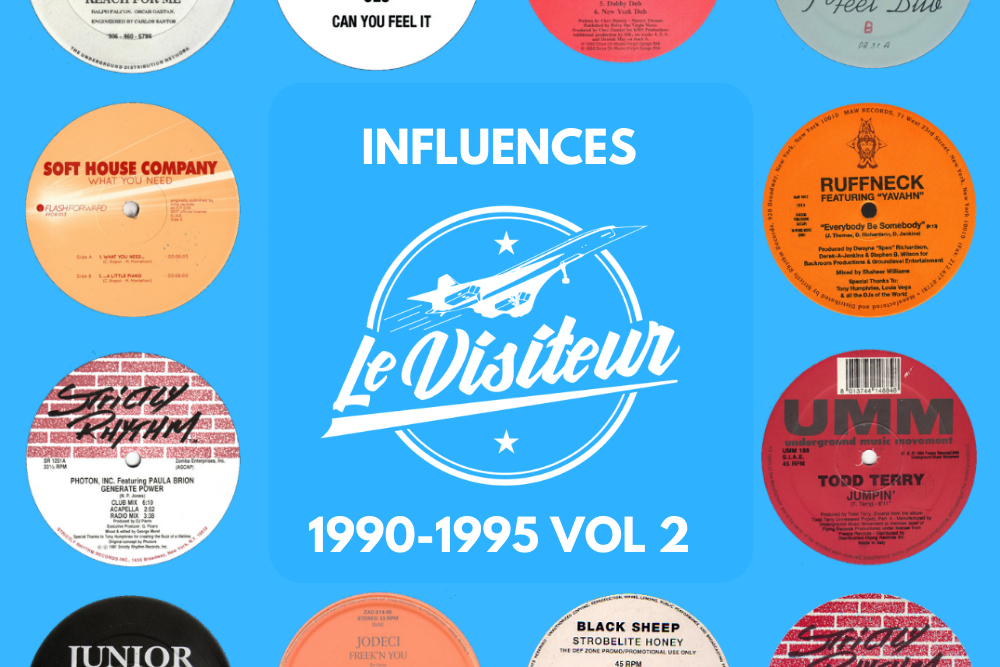 A few years back before LV online I started a mix series called Influences where I planned to feature some key House tracks from across the decades.

Vol 1, which you can check out below, has gone on to clock up 6k listens and has had lots of love. There was also a Vol 2 done at the same time which went up on Soundcloud then promptly came back down a few days later as part of the great Soundcloud copyright purge of 2015. Due to those ongoing issues on Soundcloud I never developed the series further.

As Soundcloud is a little easier going on mixes now I’ve dusted Vol 2 off again and re-uploaded.

Influences Vol. 2 is a further selection of classic house records from one of the golden eras of house music, 1990 – 1995. Tracks which influenced a generation of producers and DJ’s.

I hope you enjoy and that this mix sparks some good memories. Expect new volumes coming soon x

* Does not appear on the downloadable mix. Sorry about that x

Tags: Chez Damier, David Morales, Dj Pierre, glenn underground, Harddrive, house music, le visiteur, mk, Murk, Ruffneck, Soft House Company, todd terry, X-Press 2
This website uses cookies to ensure you get the best user experience. By clicking “Accept All”, you consent to the use of ALL the cookies. However, you may visit "Cookie Settings" to provide a controlled consent.
Cookie SettingsAccept All
Manage consent