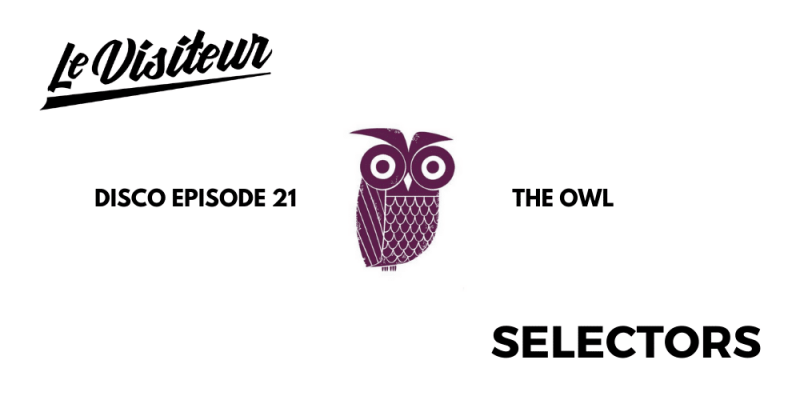 The Owl has been a turning heads for several years now with his deep and groove fuelled edits, remixes, bootlegs and originals. Crafting tracks which are packed full of funk he’s a favourite with Craig Charles and heavily supported by his peers and for very good reason. His tracks have got that dancefloor class aplenty.

His latest release see’s him step up his game yet again with a full LP which is already being lauded as a genre classic. We premiered The Music from the album a few days ago, which you can check above, and review it HERE.

We are big fans here at LV HQ and have an interview incoming in a couple of days. In the meantime The Owl has laid down a mix packed funk, disco and house for us, just the way we like it. We also spoke to him and he gave us a fascinating insight into the mix and some of his favourite selectors which you can check below.

If this one gets your dancefloor moving please give it a share over on soundcloud. You can grab the tracklist at the bottom of this interview.

I am involved in every track on the mix. A few are original tracks, some are reworks and a couple are straight up ‘bootlegs’ where I have chopped up a track and just added vocals.

I have included 3 works from my deep house moniker Freak D. I think my favourite track on the mix is actually the remake of DJ Rolando’s Knights of the Jaguar. My second favourite is probably the final track on the mix The Truth. I wanted to find a great synth hook and trawled for hours through Italo disco tracks to find what I was looking for. I wrote the drums in the style of an epic nu-disco/classic house crossover, and then I found the right acapella to top off a great crossover track.

Q2: How does the style of mix here compare to how you would approach a live DJ set?

It’s almost like two different mixes really. The first half being a typical sounding modern funky disco set. The second half a bit more like a chunky house set. But it’s not as deep as I would play a conventional Deep house set.

With this in mind I honestly can say I have been at clubs and events where this set has been a reality in its style. Which I think is great.

I have to say that over the past few years I have had the pleasure of working and touring alongside Late Nite Tuff Guy. He is without a doubt in the top 5 best DJs I have watched. Not many people know he was producing techno in the 90s. He is a DJ that can comfortably play over 4 genres in a 3 hour set and make it feel perfect.

Another DJ that I loved watching while I was living over in Australia is Simon Caldwell. Like Cam (LNTG), Simon is a genius of playing funk, disco through to techno in a set. I admire DJ’s who can do this with an apparent ease (Laurent Garnier is another one)

This is a great example of an energetic disco set. Not straying far from original disco.

This is just Simon doing what he does on an amazing and creative warm up tip. Beautiful and groovy.