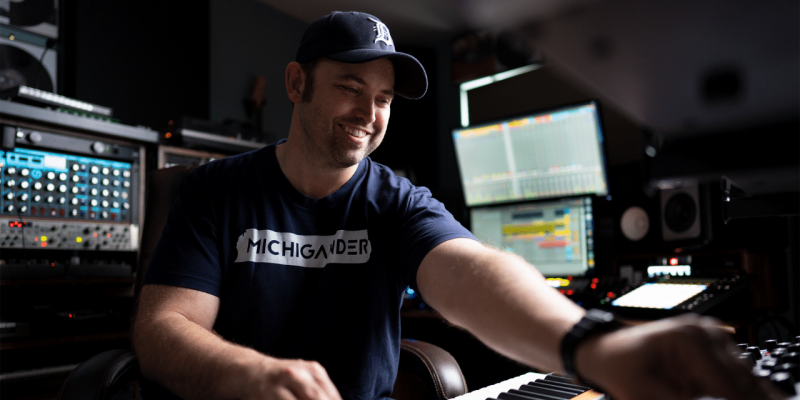 Following up the awesome Detroit EP with Taho which landed back in May, and is a must have for lovers of the Detroit sound, Brian Kage is straight back with another absolute must have 12″. This time round he is collaborating with Motor City legend Delano Smith. The Keep Em Moving EP shows an incredible depth of musical understanding that you would expect from two artists who are so heavily steeped in the music of Detroit. It’s deep, yet eminently soulful and ridiculously graceful and refined. You can check D Spirit from the EP below.

To celebrate the release we asked Brian to give us his top 10 favourite Motor City movers, this was his reply: “I struggled to pick only ten Detroit cuts that have come out of the city. There are just so many great records from here! So here’s twenty!..”

That’s just fine by us 😉

Grab the EP from: https://snd.click/fbdi

Looking for more? You can also check this recent brilliant mix that Brian put together for us.

Andrés – New For U

An absolute new classic. First time I heard it, wow. Blew me out of my chair and made me want to quit making music, cause it’s that good.

Just came out and is such a sleeper hit! Big Strick’s son, Omar S’ nephew ! Keep a look out for this young and upcoming producer!

Omar S – Thank U 4 Letting Me Be Myself

My favorite cut from my homie, Omar S. Deep and powerful! Thanks Alex!

Wow, another huge track from my bro, Delano. A future classic!

ADMN from Detroit teams up with super producer Oliver $. Featuring legend Mr. V on vocals. Not to be missed.

This one was released on Carl Craig’s Planet E label. Produced by myself and Luke Hess. This was a dream to release on Carl’s label!

Recently released on Norm Talley’s Upstairs Asylum, I had the pleasure to master this one. Great mashup by D’Julz. What a track!

Jon Dixon of UR/Submerge fame is such a great producer coming from the city.

This record is exceptional!

Such a groover from the legend, and Detroit Techno/House innovator Eddie Fowlkes. It’s great to see him still putting out the hits on his own label!

This is most likely my favorite Detroit Techno song of all time. It embodies the spirit of Detroit to the max.

Heard this the very first when I was in Chicago on a local radio station. Just an absolute beauty that captures the melancholy spirit of our city.

Released on Derrick May’s Transmat. Maybe my 2nd favorite Detroit techno track. Still gets the crowd going to this day! 45RPM for the booty/ghettotech version!

This is still one of my favorite groovers. Iconic. “I’m next to you.”

Juan Atkin’s all time best record in my opinion. This one of the records that started it all for Detroit Techno, although many consider it to fall into the genre of electro. Released in the 80’s, it still sounds fresh today.

DJ Rolando – Knights of the Jaguar

What else can I say? An absolute classic. Mad Mike Banks signature all over this one. Possibly the GOAT.

Rod Modell & Stephen Mitchell are incredible producers and amazing people. This is just one of many amazing songs they’ve done, but I do love a good Ghost Theory.

This is such a great cut featuring the ultra talented John FM. I had the pleasure to work together with Omar & John in the studio on this one. A BELTER!