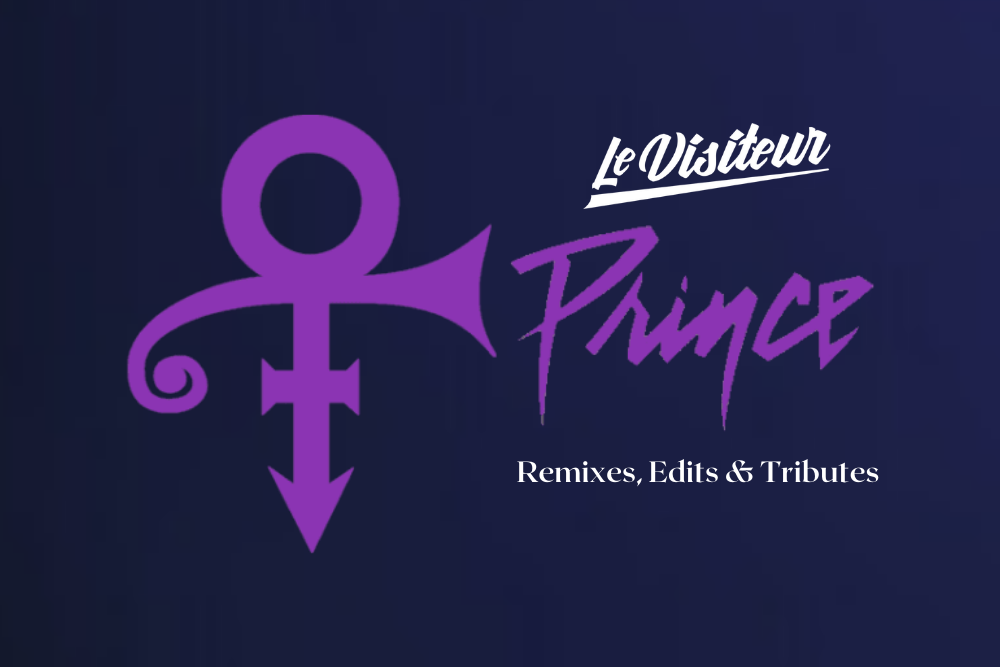 As we pass what would have been Prince’s birthday this week I have been reflecting on the incredible genius like talent of the purple one. I am a longtime fan and I was lucky enough to see him live on many occasions. Over the years I have set about collecting as much of his music as possible from the commercial albums to the bootlegs and concerts. This week I have had his albums on relentlessly. I’ve been concentrating on some of his lesser known albums and bootlegs that I haven’t had a chance to check previously trying to pinpoint just what it was about Prince which caused so much awe from his peers and religious like worship from his fans.

His talent was extraordinary, not just for his music where he was happy courting everything from disco to techno, jazz to funk, ballads to rock, hip-hop to country. It’s clear that he had an incredible passion for music across many genres, I could only imagine what his own record collection was like and how he devoured it and absorbed the different writing styles and musical concepts. His love of James Brown was well documented and the godfathers energy, showmanship and perfectionism was plain to see in Prince. Always learn from the best and Prince had done just that.

Prince’s eye for fashion was also key to his success as was his ability to focus on his own way forward at all times. It’s clear that from very early on in his career that he discounted the press and excluded their views on him personally and his music. He was comfortable just being Prince. His courting of technology saw him set up online music clubs setting pay to listen walls years before Apple, Spotify and co were to arrive, in that he was very much a visionary. That Prince was prolific is like saying it’s warm on the surface of the sun, quite probably there has never been an artist like him before and quite possibly there never will be again. He would record a new track pretty much every day where his touring schedule would allow. His hugely publicised battle with his label was in very large part due to him not being allowed to release that huge backlog of music fast enough.

At only 57 he left behind an incredible legacy which his estate will be unpacking for years to come. The release schedule so far has been well planned. There have been re-releases of some of the more difficult to find albums, last week’s One Nite Alone boxset is a must for any Prince lover. These have come alongside the extended versions of his classic albums which had already been planned, in concept at least, before his untimely passing. There has also been a couple of intriguing new collections. Like many I’ve devoured them as they’ve landed, finding new gems aplenty several of which feature on the list below.

As we have done every year since we launched we have celebrated Prince’s birthday on LV online. This is the second part of our tributes to Prince this week. If you missed it earlier in the week we asked Hifi Sean, another well know Prince lover, to give us his top 10 Prince tracks, it’s a brilliant list combining classic and lesser know cuts. You can check it here: https://levisiteuronline.com/featured-artists/hifi-seans-the-impossible-to-do-prince-top-10-2/

Last week I asked my DJ and producer friends for their recommendations on Prince remixes, edits and tributes which were still available to stream online. A HUGE thank you to everyone who contributed your input was invaluable and there were several I hadn’t heard before. Over the years I have had many reworked Prince favourites, most of which have long since disappeared from the internet as part of Princes war on bootleggers and his wish to control his entire catalogue. As such many of the selections below are completely fresh. Others are stone cold classics that I have played many times in Le Visiteur DJ sets. There are also 2 brilliant original tracks by Situation and Navid Izadi which channel the style of Prince perfectly.

The tracks span a broad range of styles which I have kept pertinent to the musical ethos of Le Visiteur Online. Believe me there are Prince remixes in every style imaginable from 8-bit to ukulele and barbershop quartets to reggae. I have collated a large number of remixes and more into an extended Soundcloud playlist at the bottom of this feature so even if your favourite track didn’t feature in the 20 below hopefully it is in there. I hope you enjoy listening as much as I did compiling.

It was a pleasure compiling this list. Without further ado here are my favourite 20 Prince related reworks and tributes.

No 19 – Prince – Gigolos Get Lonely Too (Jack Tennis Edit)

A track taken from Prince’s much underrated album The Rainbow Children. Adam Goldstone’s remix is all kinds of brilliant. Taking the deep ethereal moments from the original and coupling it with a slow tribal loop this is a fabulous track with subtle tonal changes which build the drama carefully as the track develops. Sadly it’s banned on discogs so it’s a track that is near impossible to find 🙁 A masterly remix.

Primarily an edit of 17 days a Revolution era track from the Purple Rain period it was a shared writing credit with Wendy & Lisa and Matt Doctor Fink. The lyrics about a lost lover were of course Princes. It’s a track which has resonated with many across the last three decades and had already built up a certain mystique with his fans. Originally featuring as a b-side to the 7″ of When Does Cry it saw a whole new discovery when an incredible version, as sampled here, appeared on the Prince – Piano & A Microphone 1983 album. It was one of the first sets of music to appear from the fabled vault after Prince’s passing. Rahaan’s version captures all the incredible passion of that track but sets it in a club scene. An end of night tear jerker through and through!

No 3 – Prince – (Sticky Like Glue) The House Is Ours (Timmy Regisford,  Joe Claussell Extended Edit)

Timmy Regisford is a major league Prince fan and there have been many purple reworks from his studio. His remixes of Shh and If I was Your Girlfriend are also well worth hunting down. Reworked is his deep tribal Shelter style Timmy’s original mix is extremely classy. Over on the flip it also has the benefit of a sublime extended re-edit by one of the masters Joe Claussell. If you check the sugary funk of the original Prince track which appears on the album 20ten this remix is nothing short of miraculous. A wonderfully hypnotic club track this is what happens when the most talented house artists get their hands on Prince. More of this please folks. Also sadly near impossible to get on vinyl.

Purple music was one of Prince’s most cherished bootlegs for many years in it’s raw version before arriving on the recent 1999 deluxe boxset in a wonderfully polished version. It’s a theme track of sorts for the entire of Prince’s musical output and incredibly he was only 24 when he recorded the original. Jamie, has taken the track ever so slightly deeper. The beats are bigger, indeed it’s a perfect club version of this track with groove all day long.

Well it had to be didn’t it, Dimitri from Paris’s remix of I wanna be your lover which comes from the 1979 album of the same name is quite possibly the quintessential Prince remix. It combines both the original and a live version along with Dimitri’s always perfect and sympathetic production. You can play this literally anywhere from the coolest of dancefloors to your grans 80th birthday party and it knocks it so far out of the park that Mo Farrah would have a problem getting it back. A true classic.

So there you have it, 20 sublime Prince related works. From funk jams through techno reworks, and a couple of brilliant tributes. There were three really near misses where I very narrowly pipped for slightly different versions of these tracks, below are Mighty Mouses’ brilliant Controversy Rework and the Ross Witness remix of 17 days as an extra added bonus.

And Finally a whole playlist of Prince related goodies. If you have enjoyed this article please see your way to giving it a share and spreading the purple love and watch our for our round up of the top Prince tribute DJ mixes coming in the next couple of days. John LV x

Tags: andre espeut, Dimitri From Paris, Jack Tennis, Jamie 3:26, Joe Claussell, LNTG, Mash, mighty mouse, prince, Rahaan, Roy Davis Jr, Scott Wozniak, situation, soul clap, Timmy Regisford
This website uses cookies to ensure you get the best user experience. By clicking “Accept All”, you consent to the use of ALL the cookies. However, you may visit "Cookie Settings" to provide a controlled consent.
Cookie SettingsAccept All
Manage consent