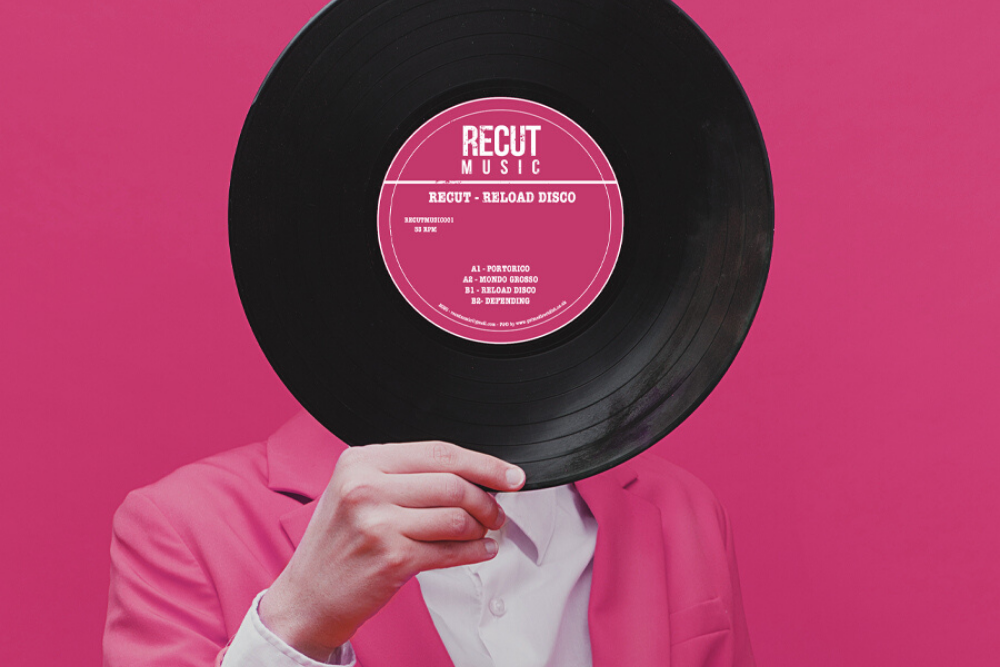 The Quick 6: An intro To Recut

Recut is a rather mysterious figure with a long history in the club scene under a variety of monikers which he’s keeping under wraps for this project. His debut Recut EP landed this week and promptly sold out so one thing for sure is that his music is certainly doing the talking. We caught up with him to ask him a few questions to hopefully shed some light on his musical ethos.

I am a DJ and I started making music in the 90s fascinated by the culture of the DMC. During those times I had two turntables and a mixer, and it was all about telling a story by selecting music and playing with techniques like scratching and cutting. I think it is important for a DJ to play quality music with strong roots. For about 30 years I have been a vinyl collector, always looking for music of different genres: afro, funk, Latin, disco, House and electronica. These varied styles of music made me quite freestyle in the sort of music I play. I like to promote and support vinyl culture and want to remember the greats like David Mancuso, Larry Levan thanks to whom the world of clubbing has inherited the true concept of party and everything related to the art of being a DJ.

The four tracks featured in this first Recut Music release are all different and are designed to be played at different times, different moods and in different places. It’s a four cut DJ Disco tool kit that kicks. Opener ‘Portorico’ ensures shoulder shimmies and cowbells aplenty on this upbeat Latin flavoured cut. ‘Mondo Grosso’ is a heads-down stomper, the track turning up the heat while going down to the basement, with a melodic and mesmerising slice of deep and dubby disco. ‘Reload Disco’, the stars are out on this track, with fingers pointing up to the constellation, before the bass kicks in and it gets darker and more dirty. Closer ‘Defending’ takes the bpm down a touch, with 80s flavoured key flourishes making it a promising closer to this dubby, disco debut for the fledgling label.

In one of my record shopping trips I discovered this album  and it has very strong social themes. Fela Kuti’s voice, Tony Allen’s drums and woodwind sections have changed my approach to music.  Music with a capital M that’s spiritual.

Moodymann is one of my favourite producers. With his musical culture and his experimentation, he has taken the art of sampling to another level. Just brilliant!

Cosmic Garden continue to surprise me with classy releases that refer to house music of the 90s, reinterpreting it with warm sounds and very personal melodies. It’s a very nice trip!

Well I’m kinda keeping things close to my chest right now. But what I will say is currently both the local scene where I live and the international scene are strong. Real artists bring out the best in the most difficult moments. I hope the clubs can reopen as soon as possible, with new ways of working, also focusing on unknown artists who bring quality fresh music. The dynamics of the mainstream must be re-thought, a focus on young talents and DJs who can make a fresh difference in the party. I had the pleasure of going to clubs around the world and I think that a Louie Vega party in Cielo (New York) and the Panorama Bar in Berlin gave me the true essence of the club to me.

Q5: Please can you tell us about your studio. What equipment are you currently using to craft you tracks, what are your favourite pieces of equipment and what is the one thing that you couldn’t live without?

For me the most important thing to have in the studio are ideas. The software I use is logic 10, which I use to bring my work to life.

Q6: What else can we expect from Recut in the next 12 months?

The next 12 months I’ll be working hard to produce a lot of feel good music!

Tags: Recut
This website uses cookies to ensure you get the best user experience. By clicking “Accept All”, you consent to the use of ALL the cookies. However, you may visit "Cookie Settings" to provide a controlled consent.
Cookie SettingsAccept All
Manage consent