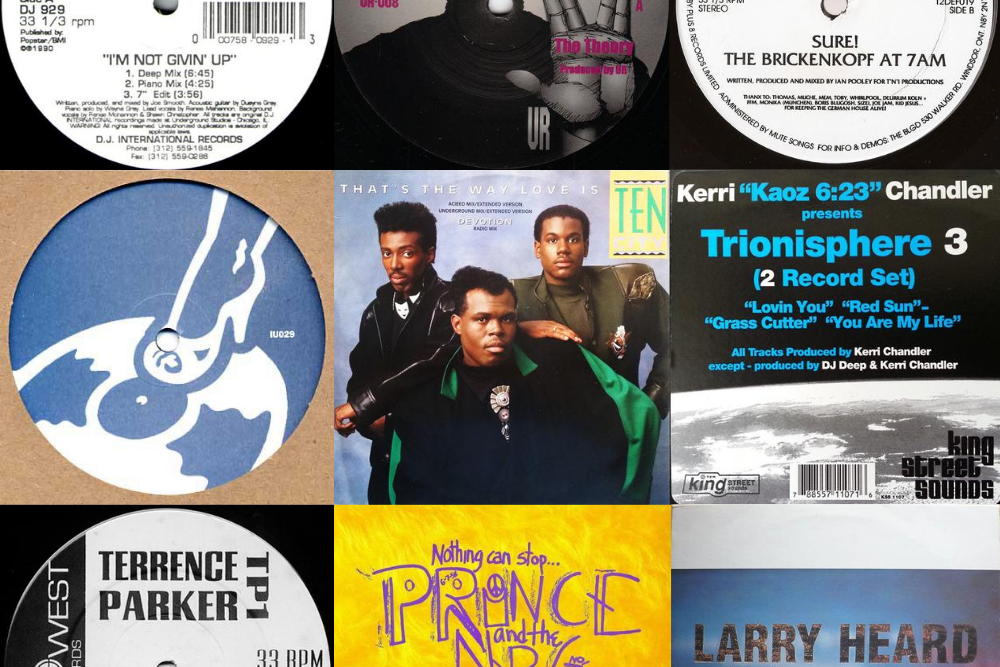 With a series of excellent records out via Heart To Heart, Omena, Slam City Jams and Let’s Play House Berlin based Westcoast Goddess has been creating a bit of a buzz on the underground house scene. Despite being a relatively new name to us he has actually been producing since 1993 under a variety of pseudonyms favouring his trusted Roland DR550 Drum Machine and Kawai K1 synthesizer.

His latest release see’s him team up with the excellent Delusions of Grandeur who have also been on a roll recently with classy productions by Tee Mango, Andy Ash and Norm De Plume.

The The Soul’s Return EP features three track, heavy on the piano and taking in everything from euphoric groove and 80’s influenced drums to G funk style basslines. It’s a great combination of sounds which as reverential as it’s is sounds is completely fresh and now.

Make sure you check it out!

1. Terrence Parker – Now is the time

I saw an ad for a Prince concert on TV in the late 80s and was absolutely entranced and a Prince nut from thenceforth. When this track came out I remember thinking wow Prince really got the hang of house music only later learning it was Steve Silk Hurley’s remix.

If Prince was the Mozart of the 80s then Mike was the Beethoven of the 90s.

5. Ian Pooley – The Brickenkopf at 7am

It’s the mixture of sadness, joy and beauty..

Kerri’s back catalog is so incredibly rich that his obscure tracks are just as good as his hits. He exemplifies a life devoted to a calling.

This tune is just beautiful and so full of longing with a perfect and musical acid line.

Marshall Jefferson and Byron Stingily remixed by Steve Silk Hurley. This song gave me hope in dark times, showing me what house music could be, and inspired me to want to make joyful and emotive music.

Hanna is a genre unto himself and has heavily influenced the modern wave of jazz house artists coming from Detroit and Atlanta.

Tags: black science orchestra, Delusions of Grandeur, ian pooley, Joe Smooth, kerri chandler, larry heard, prince, Ten CityHanna, Terrence Parker, Underground Resisteance, Wescoast Goddess
This website uses cookies to ensure you get the best user experience. By clicking “Accept All”, you consent to the use of ALL the cookies. However, you may visit "Cookie Settings" to provide a controlled consent.
Cookie SettingsAccept All
Manage consent