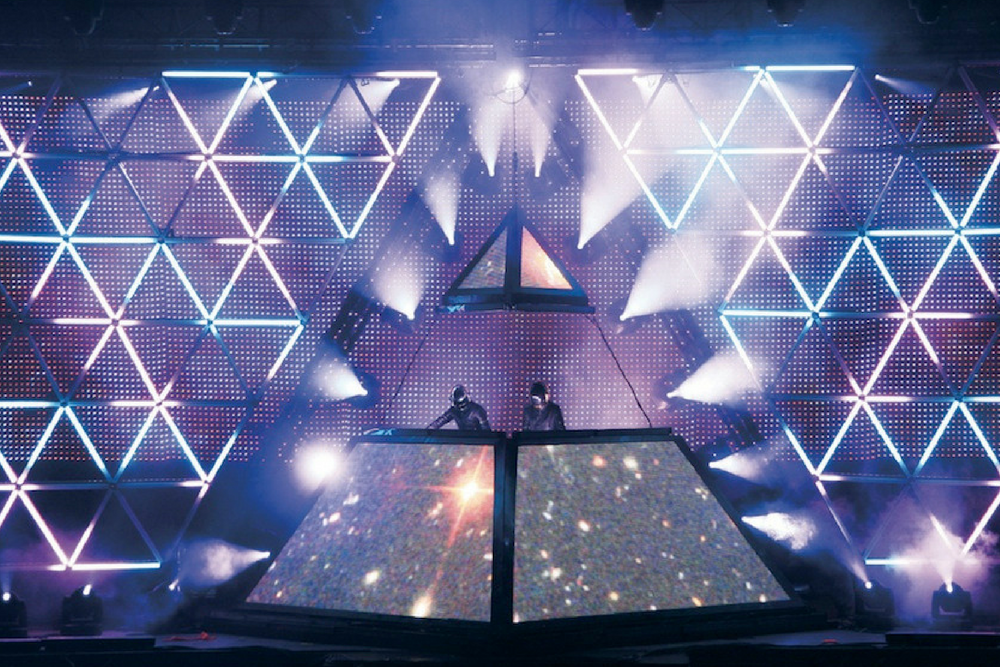 Not so much a documentary as a full concert. But not just any concert it’s only the entire of Daft Punk’s 2007 Alive concert from Paris.

As we all know now Daft Punk have gone onto become true legends of the electronic music scene and it was perhaps this tour as much as their recorded output which helped to propel them to long term superstardom.

The Alive album which was released in late 2007/ Early 2008 across the globe was recorded at this Paris show and the HD audio has been used on the film and it still sounds incredible now. The album went on to win a Grammy for best Electronic album in 2009.

The set features a collection of tracks from across their discography many reworked for the tour alongside on stage synthesisers and live effects and has the feel of a live mixtape.

The Alive tour was a really incredible live experience, legend has it that Daft Punk bought every single LED batton that was available in the US at the time to put together the pyramid and the stage show and from this video you can see them in action.

Although it’s all recorded on a camcorder so the actual footage isn’t incredible the energy of the concert is completely intact.

A truly inspirational moment in the history of electronic music.

Tags: alive 2007, concert, daft punk, french house
This website uses cookies to ensure you get the best user experience. By clicking “Accept All”, you consent to the use of ALL the cookies. However, you may visit "Cookie Settings" to provide a controlled consent.
Cookie SettingsAccept All
Manage consent