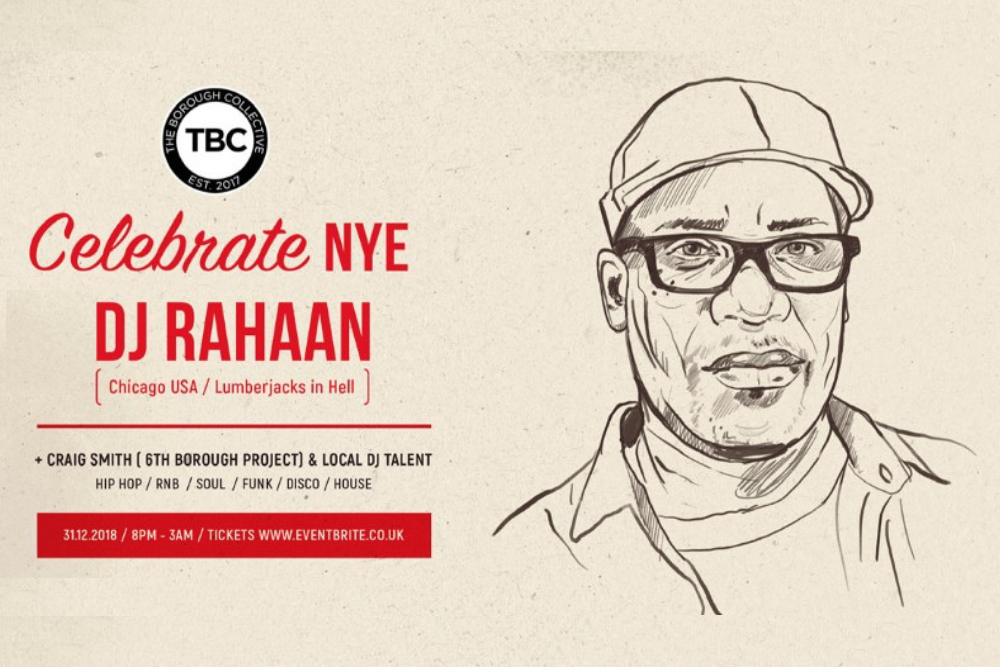 With a sea of brilliant New Years eve events out there one which really caught our eye for a night of extremely classy disco, house and boogie is DJ Rahaan and Craig Smith in Edinburgh.

DJ Rahaan is a Chicago legend who is revered by those in the know for his sublime skills behind the decks and brilliant taste in music. Djing since the 80’s he has released a stream of superb tracks and is in ever growing demand regularly djing all over the globe.

Craig Smith is an Edinburgh legend in his own right, based in the city he has promoted and DJ’d at many of the city’s key nights over the last two decades. One half of 6th Borough Project he is easily one of Scotland’s most accomplished DJ’s and producers. We have caught Craig on several occasions and his skills behind the decks are formidable. Expect only the finest club cuts.

After an enforced venue change due to licencing issues it’s now in the very intimate Jigg room in the Granary in Leith from 9pm – 4am, a rare chance to see such incredible artists close at hand.

Check out the event and grab tickets on Facebook HERE but be quick there are only a handful of tickets left.

You can check DJ Rahaan’s NYE mix and also more on the headliners DJ Rahaan and Craig Smith below.

Tags: craig smith, Dennis Probert, Dj Rahaan, Edinburgh. The Borough Collective
This website uses cookies to ensure you get the best user experience. By clicking “Accept All”, you consent to the use of ALL the cookies. However, you may visit "Cookie Settings" to provide a controlled consent.
Cookie SettingsAccept All
Manage consent