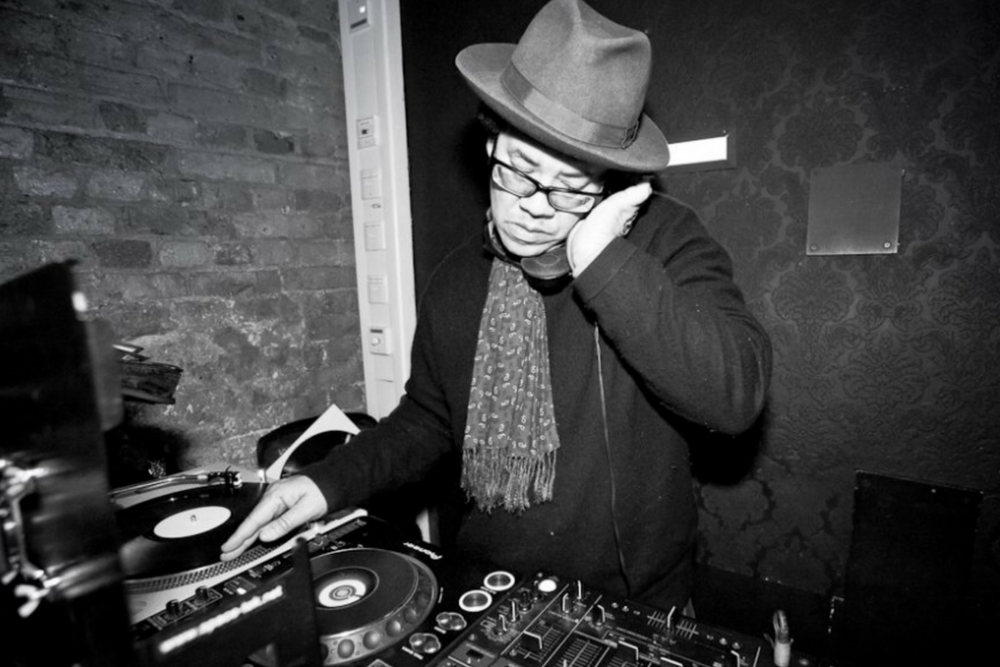 Ashley Beedle – Top 10 Young Producers To Watch Out For!

There are a handful of people who’s names are so synonymous with the UK electronic music industry that without them it would have a very different feel, one of those names is most definitely Ashley Beedle. If you have been djing or music collecting for a while it is highly likely that you will have a multitude of Ashley’s productions tucked away in your collection. A DJ since the late 80’s Acid house scene Ashley was involved in some of the key acts UK of the 90’s including the chart conquering X-press 2, the incredible Black Science Orchestra and the energetic Ballistic Brothers. His presence was such in the 90’s that he even garnered a mention in Daft Punk’s teachers. Since then he has produced a raft of incredible tracks, been a regular remixer for some of the hottest acts on the planet and DJ’d regularly all over the globe as well as remixing tracks on the F*CLR label, which is owned + run by his partner, Jo.

We caught up with Ashley ahead of the release of the labels next EP by super hot act Blazers which features four tracks of sublime French House. We asked him to recommend 10 must have tracks from up-and-coming acts that he thinks are going to blow up in 2018.

Check out Blazers on Soundcloud HERE

Dave Morales – not so young but a legendary house producer that everyone should be familiar with. This is his latest outing and it’s brilliant! A supreme disco cut up.

Check out Disko 45 on Soundcloud HERE

Dublin based producer/DJ from the Groovement Soul collective – Glenn Davis is a force of nature. One track after another of high octane soulful deep house. His ‘Body & Soul’ EP should be in everyone’s record box. Catch him at the Body & Soul festival this July.

4. Krewcial – The Session – Lumberjacks In Hell

On Marcel Vogel’s wonderful Lumberjacks label – another soaring soulful vocal over an incessant rhythm and horn riff. A perfect sweaty dance floor classic in the making.

Check out our exclusive mix from Krewcial

Though I say so myself, this is going to go right off! A gorgeous burner built for the red light, a basement and a feeling!

6. EWF – Happy Feelin’ – The Reflex Revision – Free Bandcamp D/L
Top marks to The Reflex for turning out a quality revision on EWF’s feelgood masterpiece. This has brought down the house this summer at festivals and gigs alike.

Check out The Reflex on Soundcloud HERE

Do not let the title mislead you – a jazz inflected stepper that will have you crip walking for days….trust me!

Check out Jad & The on Soundcloud HERE

UK producer, KDA puts his slant on the Too Many Zooz track ‘Warriors’ turning it into a carnival flavoured monster. Beats galore and horns to die for.

Check out KDA on Soundcloud HERE

Check out Too Many Zooz on Soundcloud HERE

A tough jazzy work out from Manchester’s finest – Moodymanc and our man, Lenny. Chunky piano chords and hard hitting drums with a hint of cowbell. What’s not to like?

Check out Moodymanc on Soundcloud HERE

Is there such a thing as ‘Techno Balearic Soul’? There is now – beautiful production from Rocco on this Kaytronik hands in the air anthem.

Check out Kaytronik on Soundcloud HERE

For more info on Ashley Beedle and F*CLR go to:

Tags: ashley beedle, blazers, disco, disko headz, F*CLR, glenn davis, honey dijon, HOUSE, jad & the, kaytronik, kda, krewcial, lenny iddles, moodymanc, rocco rodamaal, the reflex, too many zooz, top 10
This website uses cookies to ensure you get the best user experience. By clicking “Accept All”, you consent to the use of ALL the cookies. However, you may visit "Cookie Settings" to provide a controlled consent.
Cookie SettingsAccept All
Manage consent