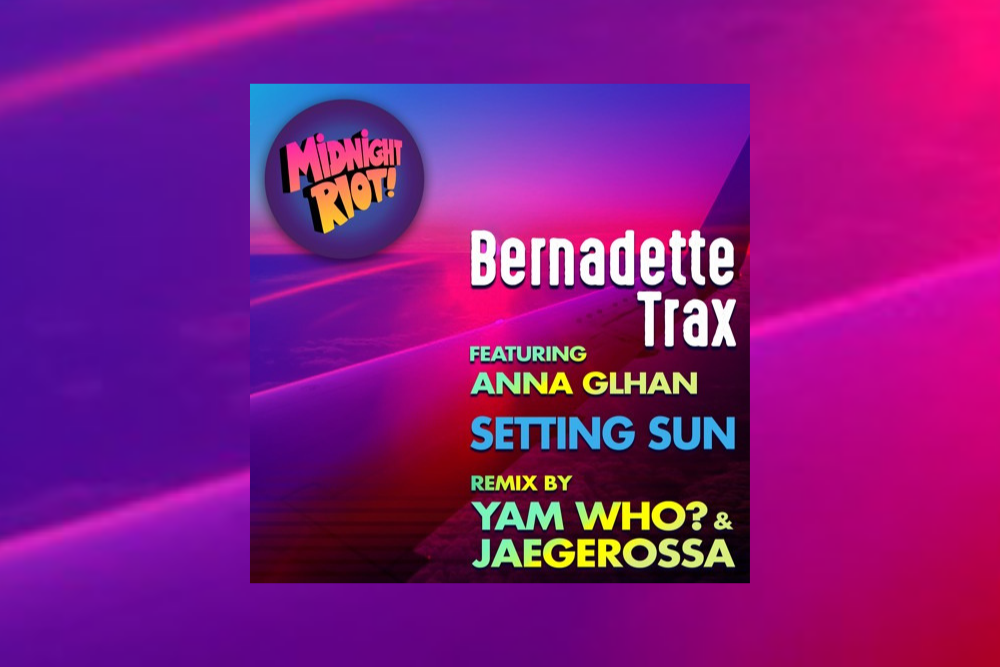 Another day and another extremely special Midnight Riot release. We can only guess a large amounts of coffee gets drunk in the Midnight Riot offices given their prodigious release schedule.

Here label boss Yam Who and Midnight Riot A&R Jaegerossa go to work on the very tasty Bernadette Trax track Setting Sun creating a track which has a properly classic feel to it. You could easily imagine this one making an appearance in the sets of disco dignitaries Dimitri From Paris and Joey Negro.

It’s got a super drum sound which kicks the track along perfectly harnessing a nice warm bass loop. Add in smooth keys, string stabs and a great vocal and this is a track which has everything needed to hold the dancefloor tight.

Tags: Anna Glahn, Bernadette Trax, Midnight Riot, Yam Who? & Jaegerossa
This website uses cookies to ensure you get the best user experience. By clicking “Accept All”, you consent to the use of ALL the cookies. However, you may visit "Cookie Settings" to provide a controlled consent.
Cookie SettingsAccept All
Manage consent