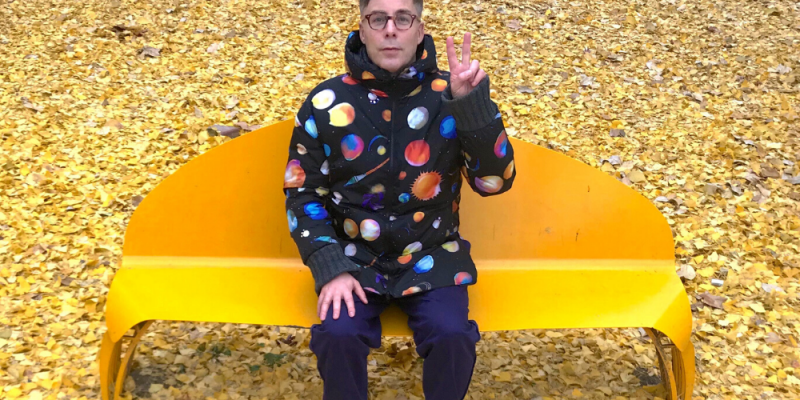 As one half of world conquering Basement Jaxx Felix Buxton has had a hugely successful career. Along with Simon Ratcliffe the duo would move from their London underground parties to taking their celebrated club show all over the globe. A string of hugely successful albums and stand out singles including Red Alert, Where’s Your Head At and Rendez-vous would follow. These would see the duo gain chart success, huge radio and DJ support along with a string of awards including Brit, Billboard Music and International Dance Music Awards. Whilst the mainstream success was impressive Basement Jaxx never lost track of their underground beginnings. Equally they were as well known for their live carnival flare and exciting videos as they were for their music.

Recently Felix has been on a personal quest to use his music as a healing and trans-formative force. His latest project see’s him land in Edinburgh on Saturday the 1st of February where he teams up with The Got Soul Choir to bring his brand new new piece/experiment ‘The Love Frequency’ to life.

We spoke to Felix about The Love Frequency, using music as a force for good, the nature of sound, Basement Jaxx and Mental Health. Check out our full interview below.

You can check out more on the Edinburgh Wellbeing Festival via: www.edinburghwellbeingfestival.com

Tickets for the The Love Frequency are £13.25 or £27.50 day ticket for The Edinburgh Wellbeing Festival includes Love Frequency), 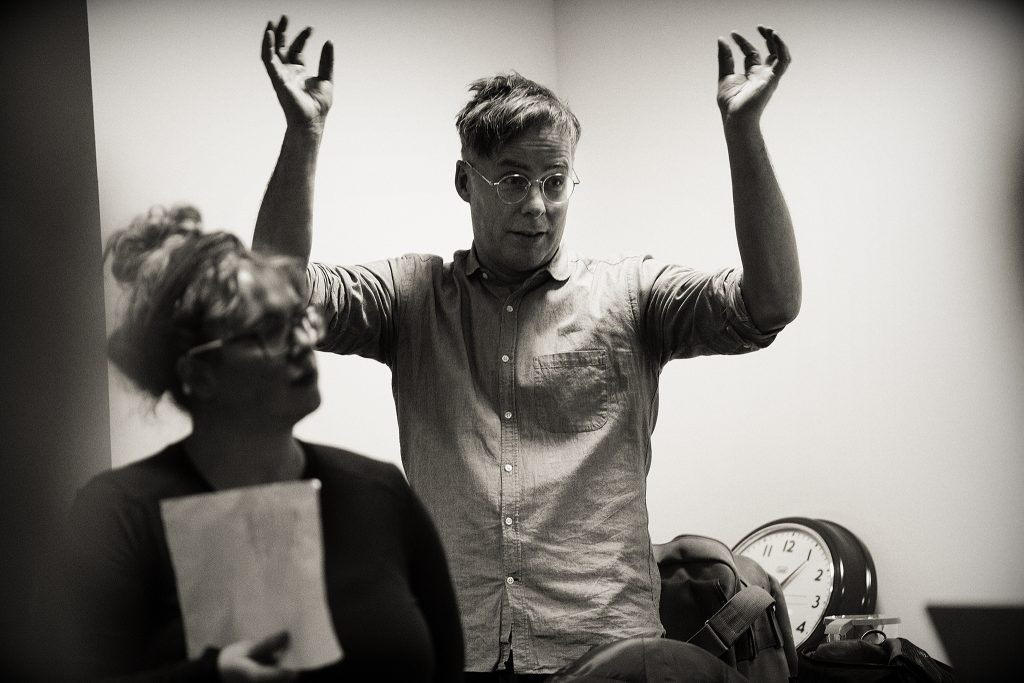 You are a well know proponent of using music and the power of sound for the purposes of healing and mental well being. What was it that sparked your interest in working with the Edinburgh Wellbeing Festival?

I was speaking to Jim Byers who lives in Edinburgh, who I knew as a journalist who previously worked for DJ magazine and was looking to bring some progressive and inspirational music to Edinburgh, about a year ago when I was up doing a Basement Jaxx DJ gig. I was telling him about what I’d learnt about the healing power of music and particularly the great effect singing together with other human beings can have on the vibrations within the cells in our bodies. A while later he spoke to me about ideas for the Edinburgh Wellbeing Festival and mentioned about a piece I’d initially done for Blind Awareness based around Love Frequency tones in pursuit of finding out if there are Miracle tones to be experienced at select sound frequencies like 432hz, 582 Hz etc. as some say they are more aligned with healing.

What have been your own personal findings that you would like to share with our readers about how music can help with health and happiness?

I have been learning about the nature of sound, sound healing and human consciousness for the last 8 years exploring, to discover the purest, truest music and to find my own purest, truest, most authentic voice. I learnt that 50% of the ‘magic’ in music is lost the moment you record something; the chi (live energy force) is in the harmonics after the note, not the note itself; that a lot of modern music production in music is destructive as regards to being beneficial to our being; that one of the best things we can do to heal ourselves through music is to sing with other people and that when we sing together our heart beats become aligned.

I also learnt that electronic music lacks the acoustic vibration required for healing, although there must be something in the vibration of the speaker cones that does something. 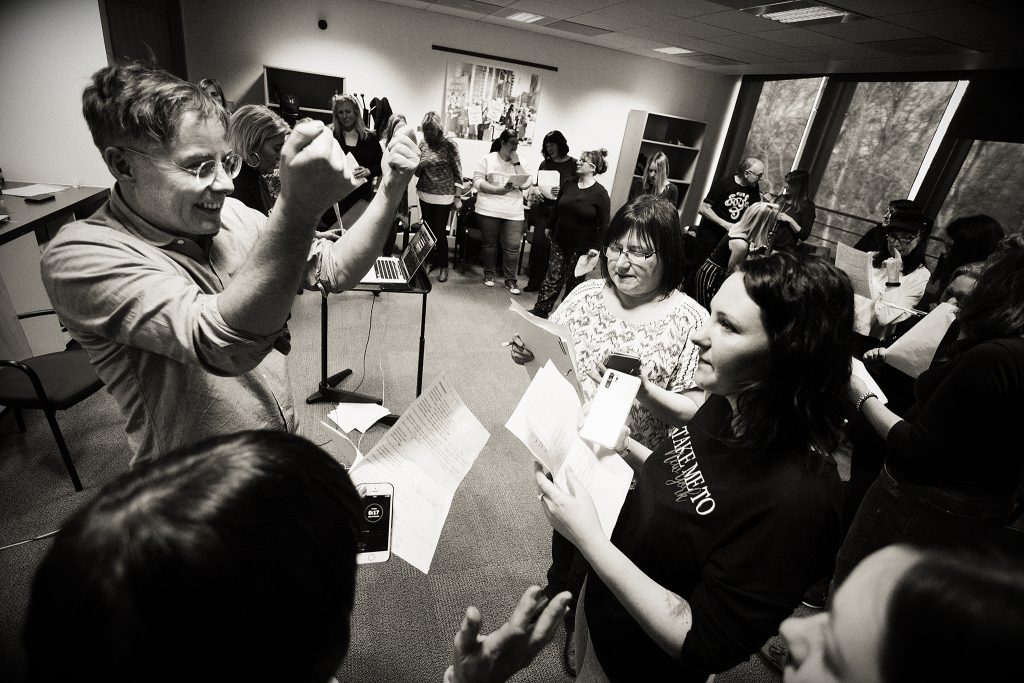 At the Edinburgh Well Being Festival you are performing with The Got Soul Choir, a brilliant Edinburgh choir which was founded with the principal of bringing people out of isolation and promoting a feeling of belonging through the performance of disco and soul classics. How did the collaboration come about and what does the power of the choir bring to your performance?

I said if I was to do something at the Festival I’d love to work with a choir, as this seemed one of the best ways to do something ’pure’ without relying on production tricks, manipulation and distortion, to make a ‘True’ sound that came from human voices and from their hearts and that demonstrated the Oneness of being. Basically searching for Truth, in a world where it is often hard to decipher what is and what isn’t true. I was told about the ‘Got Soul Choir’ who seemed the best people to represent some new music which was to be focused on being human. I loved that the choir was routed in positivity, inclusiveness and to heal. With the creation I sought to be clear, pure and truthful and to connect only to my higher self, a higher truth. 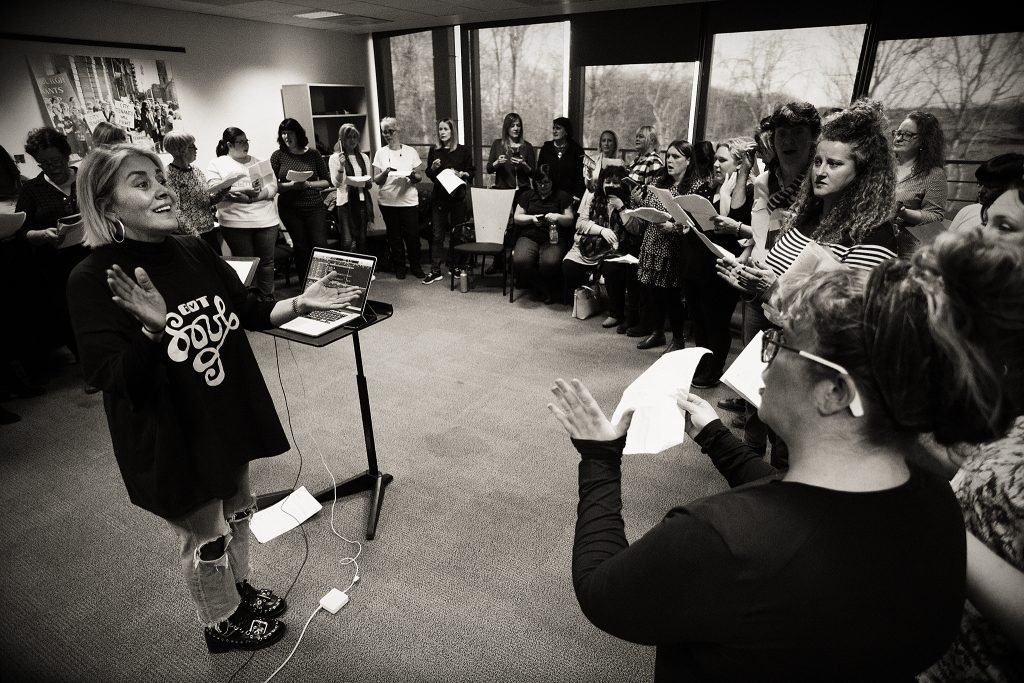 Your show ‘The Love Frequency’ aims to help people become healthy, happy and enlightened individuals. What can you tell us about the performance?

I started off hoping to base the music around natural frequencies, based on the frequencies of the Earth, the sun and to connect them to the ‘love’ Frequency. Also to explore theories about the ‘Love Frequency’ and see to what extent it is true.

With the Earth prominent resonances also known as the Schumann resonance the sound is very much what we’d label ‘Sci Fi’ and it doesn’t fit with any of our musical scales and so is hard to create something that sounds ‘in tune’ to us (although a lot of popular music is ‘out of tune’ with us). I will be playing ‘Earth Resonance’ at the beginning as people find their seats, so that people can hear what it sounds like – I love it, it makes you feel very centered and grounded! 🙂 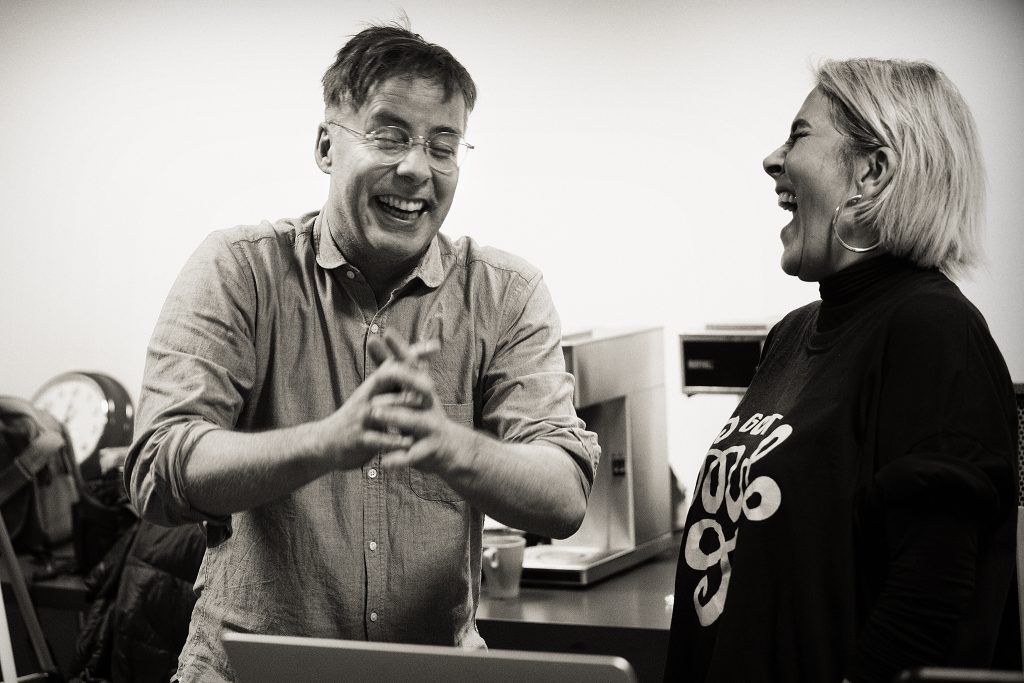 The whole concept here is incredibly, warm and positive. Given the hugely uncertain times we currently live in where politics and news broadcasts seem more about division rather than hope and inclusivity what do you think your studies show us about a path forward?

We make decisions every day and in every moment of every day as to who we are and what we are as people. I’m a great believer in not being anti-everything, but of building the new ideals, giving them attention. The old constructs will crumble and fall, with those who still want to be involved seeking to become part of the new paradigm – that’s evolution, progress, pursuit of truth, the path to enlightenment.

You have been performing music all over the globe now since the early 90’s. What tips do you have for our readers to be able to cope mentally with both the relative isolation of making music and with the rigours of gigs and touring?

People take music far too seriously. Like our museums where they kill something in order to measure it, label it and see how it works, completely missing to see the most important factor is ‘life essence’, so too can music be. I see music as just a bunch of sounds with different textures played at a different pitch, in a certain order. What is important is the life in it, the vibrations it carries when our mind stops analysing. Music is made for people (mostly) and I think works well when we make it together and we try and create a vision we can all share in and be a part of. The time of the rockstar egotist strutting infront of us on a stage is done. We all need space and a place we can find peace, so being able to follow your passions in your own time and space is also valuable, to find your true voice so you can create something honest to serve the greater good of people, as they’re the ones who listen to it (mostly).

You have had a long and incredible career. What for you are your own personal career highlights.

Highlights – Playing Sydney Opera house with a full Orchestra and writing a Didjeridoo Waltz for it and performing and helping organise the show for Peace One Day at the Globe Theatre last year. I also enjoyed speaking to teachers about inspiration and connecting to the higher self at an education conference the year before. Fuji rock, O2 Arena, Glastonbury, Barbican and so many other festivals, but they’re a lot easier as you have the protection of the huge stage, lights and speakers.

Basement Jaxx was a full live package with a real carnival ethos featuring musicians, dancers, light shows as well as the music. Why do you think that there are so few examples of electronic artists following in your footsteps with similar shows over the last two decades?

Most electronic acts are just that. Basement Jaxx was always an organic mix of different musical types. The human factor has always been important to me and the message in the music. With the live show I always wanted something that would please me. I love innovation, theatre, dance, vitality, creativity and I am easily bored / side-tracked. What others do is up to them. I have always believed in making your own fashion, not following others.

When can we expect a new Jaxx album and are there any plans for a new live show over and above the current run of DJ gigs?

There might be some new Jaxx tracks this year. We did a couple of songs last year. I don’t know if we need albums anymore. There’s so much of everything out there. I’m happy listening to the birds.

Which four electronic albums would you recommend that our readers check out for music which will help us get with our get back in better tune with ourselves and promote feelings of wellbeing?

Brand new on my Celestial Being Music imprint. More acoustic than electronic. Vibrational therapist Tracie Storey has created sound and colour therapy soundscapes and guided affirmations and meditations along with pure instrumental versions for aligning and healing the Chakras

Not Electronic. Alice Coltrane created a lot of spiritual and transcendental music. I often recommend this to people as a way in to listening to her..beautiful harps and strings

classic electronic music that I still love after 20 or so years.. it’s about an hour long

And finally what else can we expect from Felix Buxton in 2020?

I’m trying to get my musical done in between Basement Jaxx djing to take it to Edinburgh Festival 2021.