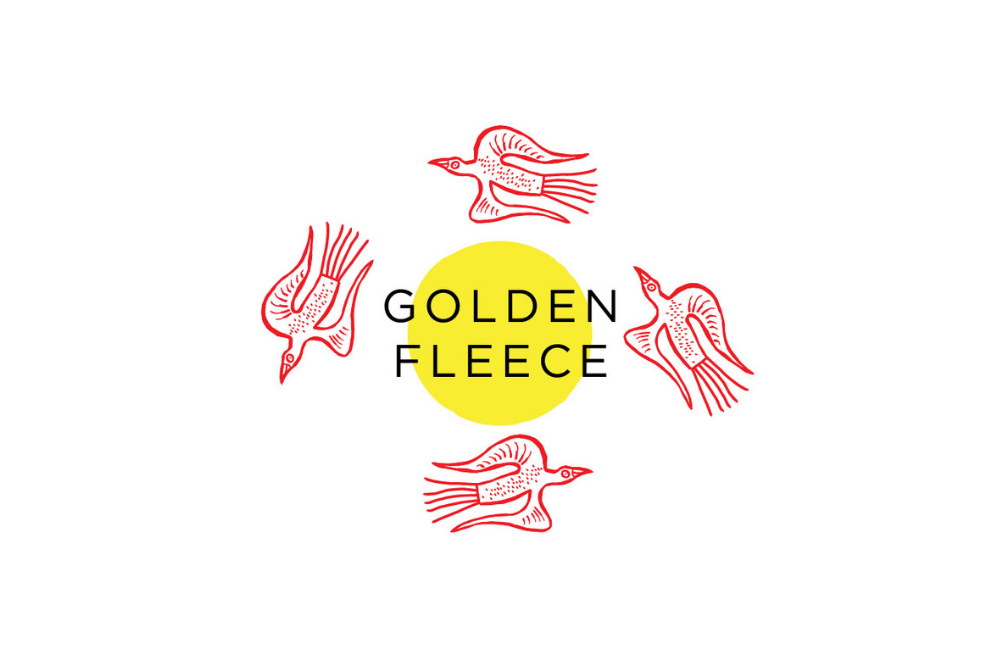 In 1982 Ian Thomas AKA Golden Fleece armed with his hard earned pocket money from his paper round, bought a copy of Blitzkrieg Bop. On his way home it fell out of it’s brown paper bag and smashed into tiny pieces. It was a rookie mistake but since then he’s been an avid record collector with varied taste.

His musical career started out lugging boxes in the Acid Jazz warehouse (unpaid!) before getting the all important promotion into the press department. The timing could not be more perfect in this next chapter as Acid Jazz had just acquired the Bass Clef club in Hoxton Square. This old jazz club was very quickly transformed into the now legendary Blue Note where he shared an office with the Blue Note / Nuphonic records / Acid Jazz teams. Friday nights at the Blue Note became the Magic Bus night which is where he learnt his craft behind the booth.

Not restricting his talents to the sweat and strobes of the club, Fleece’s talents extend to the studio with his productions rightfully earning releases on world-renowned labels Eskimo, Mixed Blood Cuts, Redux and collaborations with long time pal Pete Herbert.

After many late nights spreading his love of the groove across the globe including extensive European tours, festivals and parties a different adventure was calling.

Now based in Australia he has just started his own label Magic Bird.

We spoke to Ian about his new ventures and favourite career moments to date. Check it out below along with this brilliant mix that he put together for us. If it starts your party please give it a share on Soundcloud and help spread the Golden Fleece love.

For our readers who haven’t come across your releases before how would you describe the musical style of Golden Fleece?

Thanks very much for having me John. How long have we got?!

It all started back in London in the nineties. I had two different circles of friends. The first were into the indie/mod/northern soul scene and were playing in bands etc. so we would go to music gigs or clubs like Blowup and Smashing which were heavily influenced by the 60’s. Then there were my electronic music friends which I would go to the dance parties with. I could never get my indie mates to a dance party and vice versa.

So in answer to your question, my musical style sits loosely between my two sets of London pals somewhere between 1964 and now!

How would you describe your latest EP which is out now on Magic Bird and can you give us a bit of history about the release?

It’s a perfect example of the previous question. The first two tracks “Keep Doin’ It” and “Schappelles Boogie” are me donning my dance hat and the edit on the flip is taking us straight back to Camden Town for a night out!

I had “Schappelles Boogie“ nearly finished a while ago so I dusted it down and gave it a good spit and polish to get it up to scratch. I then wrote “Keep Doin It’” to accompany “I Love U2” on the flip. I love U2 has been a weapon of choice in my DJ sets for some time now. It’s a Spacemen 3 edit I did a few years ago.

Please can you give us 2 of your own tracks which you would say are quintessentially Golden Fleece.

Golden Fleece – Dancin’ In the Nude

I had this T-Rex vocal in isolation for years that I wanted to do something with. So in my head I imagined putting together a band with Marc Bolan on vocals! This was just me learning my craft I suppose and trying to think outside the box.

Eskimo records picked up Egg on Legs which is a label I have loved for many years. It was an honour to have this track signed to the Pink Collection which was a compilation they did with colours as the theme.

This is the first ever release on Magic Bird, what can you tell us about the ethos of the label.

Sometimes music ages well and sometimes it sounds really dated so I’ve set up Magic Bird to release (mostly) electronic music that will stand the test of time. My hope is that people will pull out this first release in ten years’ time and go “Ooh this still sounds good!” I have an open-minded ethos and I don’t like to categorise music, so the brief is broad, but above all I’m looking for quality left of centre gems that would stand the test of time. No fads.

And yes I’m kicking the label off. I had the tracks ready to go.

The main theme here was to try and get my varied styles across cohesively with movement and flow. I like to mix things up and blur genres when I play, but overall the mix has to work. I have a large collection of disco records and I usually use that as my base but for whatever reason in this mix I didn’t touch on it too much. The Doctr track for me has become a real ear-worm and it wasn’t originally going to be in the mix, but I had the melody in my head and mixed it in at the last moment. I’m glad I did as it took me down a different path!

I keep my studio set up as simple as possible and have all the outboard equipment that I’m not using well out of the way to curb any procrastination! So I only have set up whatever I am recording in that moment of time.

I use a mac with my trusty Allen & Heath mixer, Fender bass, strat, Korg MS10, Roland JX8p, Akai MPK49, Macschine Mikro, some nice mics and a bagful of effects. That’s it I think. I’m not a gearhead, I just utilise what I have the best I can.

DAW-wise I find I can get ideas down really quickly with Ableton, but I like to put it all together in Logic. I also connect them both together and use Ableton as a slave sometimes which enables the best of both worlds.

The piece of equipment I couldn’t live without? Logics stereo delay.

You are based just outside Melbourne in Australia. What can you tell us about the scene there and are there any artists or parties that we should be looking out for?

We (the family) moved down to a beautiful little country town a few years ago which is just outside of Melbourne. Meeniyan, where I live now has a great live music community, and we get touring bands playing in our little local town hall often. We recently headed down the hill (literally 300 meters away) to see Mulatu Astatke and Beth Orton amongst others and this is one of the reasons we decided to live here. However, I still get my electronic fix by heading down the road to Melbourne. As you probably know Melbourne is quite the hotbed for musical talent and there are many sides to the city with plenty of things going on. In terms of artists and parties the Animals Dancing crew always bring over the best international acts to join the party, but locals like Sleep D and their Butter Sessions are also great nights (and record label too).

I honestly don’t think this has left my record bag too many times since it’s release. I picked it up from my pal Pete Herbert whilst he was behind the counter at the legendary Atlas records in Soho.

I’ve been intrigued by the sounds and production in this track for many years now and I’ve always wondered how this record came to be. It just sounds so warm and futuristic.

Purple Flash – We Can Make It (DJ Mix by Morgan Geist)

On a different tip, this is a masterclass in the art of the edit. Less is most definitely more sometimes and this is done perfectly in my mind.

My proudest moment is just around the corner. Making Magic Bird happen as the record label that I want it to be. A place to not only put my music out there in the world but also support and nurture new and exciting talent that I’m really passionate about.

I live way out in the country now so my next gig will be at Meeniyan Primary School for my kids charity event. True story! Booking agents please come and rescue me. No please really.

What can we expect from Golden Fleece over the next 12 months?

I am currently writing and concentrating on the label so who knows what 2020 will bring. I can tell you that magicbird002 is in the pipeline and sounding fabulous though.

And finally, please can you give us 4 tips for a great day out in Melbourne

A place to buy records: Go and see Max at Alley Tunes 8/660A Glenferrie Rd, Hawthorn VIC 3122 btw he’s a great DJ too look him up. Max Vegas https://soundcloud.com/maxvegas

And a place to dance: Revolver (Chapel Street Windsor)

Tags: Acid Jazz, disco, Golden Fleece, house music, Magic Bird
This website uses cookies to ensure you get the best user experience. By clicking “Accept All”, you consent to the use of ALL the cookies. However, you may visit "Cookie Settings" to provide a controlled consent.
Cookie SettingsAccept All
Manage consent