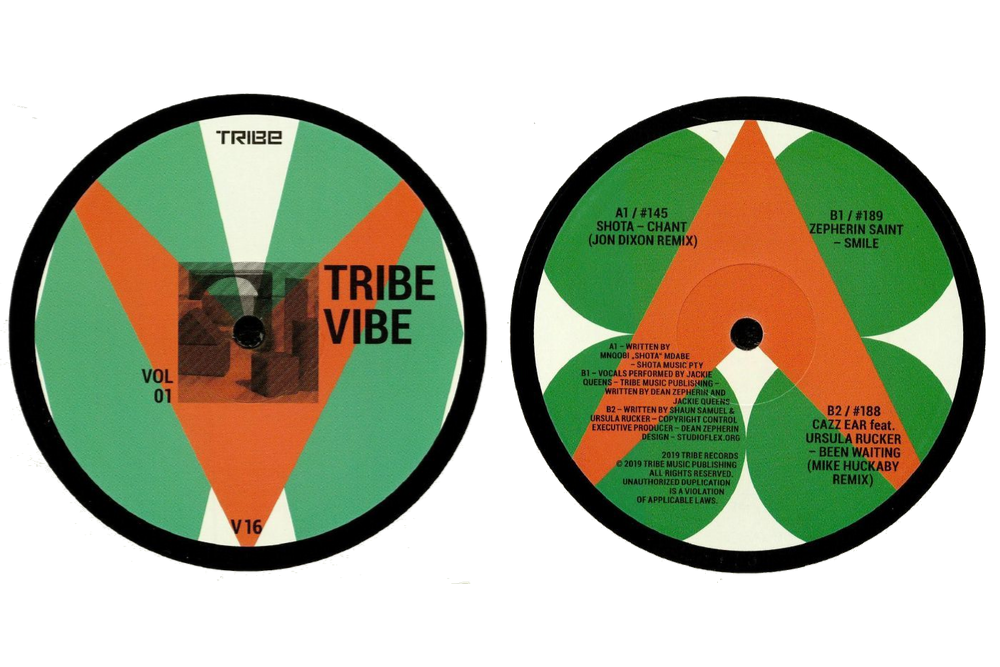 Celebrating 10 years in the business Dean Zepherin’s Tribe Records has previously featured a succession of house music luminaries including Sean McCabe, Timmy Regisford & Peven Everett and is well on its way to another landmark of 200 releases. Continuing its rich run of form in 2019 the label has a brand new 3 track EP coming in the shape of Tribe Vibe Vol 01. It’s the first of what promises to be a brilliant series. You can check it out in full and order it via Juno HERE

It’s a wonderfully deep and spiritual release. Lead track Shota’s ‘Chant’ combines some sublimely subtle keys with a warm and hypnotic vocal. Add in some powerhouse Detroit drum programming and it’s a track which will entrance many a dance-floor across the globe as we see out 2019.

On the flip side Zepherin Saint’s ‘Smile’ kicks of proceedings. Another classic deep track its afro centric drums underpin some deft keys with smooth percussive hits adding to the tracks perpetual forward motion. It glides gracefully developing a bustling energy with the addition of some well worked vocals and trumpet stabs. It’s a 4am track, just add smoke and sporadic strobe flickers for a real dance-floor moment.

Seeing the release out in style is our premier today as Mike Huckaby steps up to work his magic on Cazz Ear and Ursula‘s ‘Been Waiting’. Another masterful and powerful drum line powers a track which has drive aplenty for the peak-time. A looped up key line and a powerful spoken vocal add to the undeniable groove. Much like the rest of the EP this is a track which has future classic written all over it.