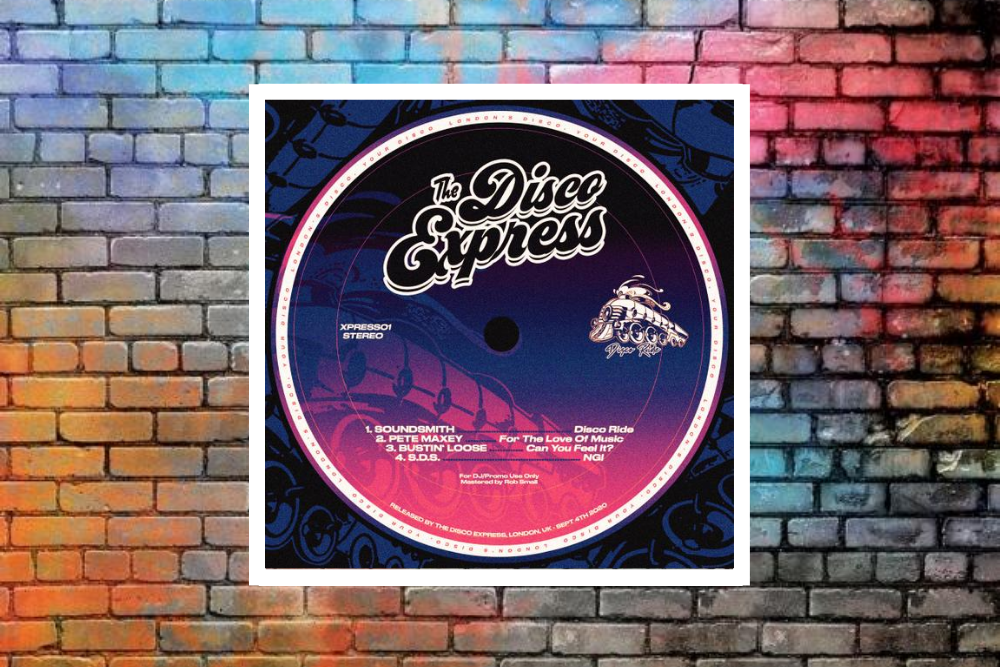 This is a seriously exciting release for LV online as it comes from brand new label The Disco Express which has just been launched by one of our favourite artists Bustin’ Loose, a producer who is having a stellar 2020.

For the debut release Bustin’ Loose has pulled together a rock solid selection of artists with Soundsmith, Pete Maxey and S.D.S all contributing classy tracks alongside a brand new Bustin’ Loose cut.

Leading things off and our premier today is London’s Soundsmith. He is another artist who has hit a rich run of form over the last couple of months and most definitely needs to be on your radar. Disco Ride is just that, this one is a rich slice of club disco. From the dancfloor sure beats, smooth chords and electronic bassline of the intro you know straight away that this is a track which means business. The smooth additions of guitars and stings help this track quickly build into a hypnotic dancefloor jam which will find it’s way into many a DJ’s memory stick heading straight into the folder marked Peak Time. As label openers come they don’t come much bigger than this.

Pete Maxeys’ For The Love Of Music is next in line for your attention and it’s another pulsating track. A brilliant spoken vocal is the initial focal point here. It’s an in your face ode to the love of electronic music. Jacking beats and a throbbing synth, provide the backdrop for another straight to the middle of the dancefloor groove. Designed for those slightly deeper moments just add in a basement, smoke and strobe and this will have your crowd losing it’s mind.

Bustin Loose is next to add his disco sheen to this release. The evocatively titled Can You Feel It is a another deep swirling jam from a producer who knows exactly what is needed to move the dancefloor. Well crafted loops see this one build and build via some great vocal stabs and string layers. as the track progresses percussive breaks and synth lines vie for attention as the track morphs into a hypnotic dancefloor swirl. Top work.

Closing the EP out is S.D.S. with another essential track. Guitar stabs ebb and flow across this one giving NGI it’s dance-floor grit. A classic vocal performance does the rest of the damage, think Robert Owens circa 1990 and you are in the right ballpark of emotion. Thumping beats and a bounce of a bassline complete the picture as we close out the EP in the same we we kicked it off, on fire.

This is a pretty incredible way to launch a label so let’s hope that The Disco Express is only just getting started.

You can grab it from: https://thediscoexpress.bandcamp.com/releases

Tags: Bustin Loose, disco, disco house, Soundsmith, The Disco Express
This website uses cookies to ensure you get the best user experience. By clicking “Accept All”, you consent to the use of ALL the cookies. However, you may visit "Cookie Settings" to provide a controlled consent.
Cookie SettingsAccept All
Manage consent