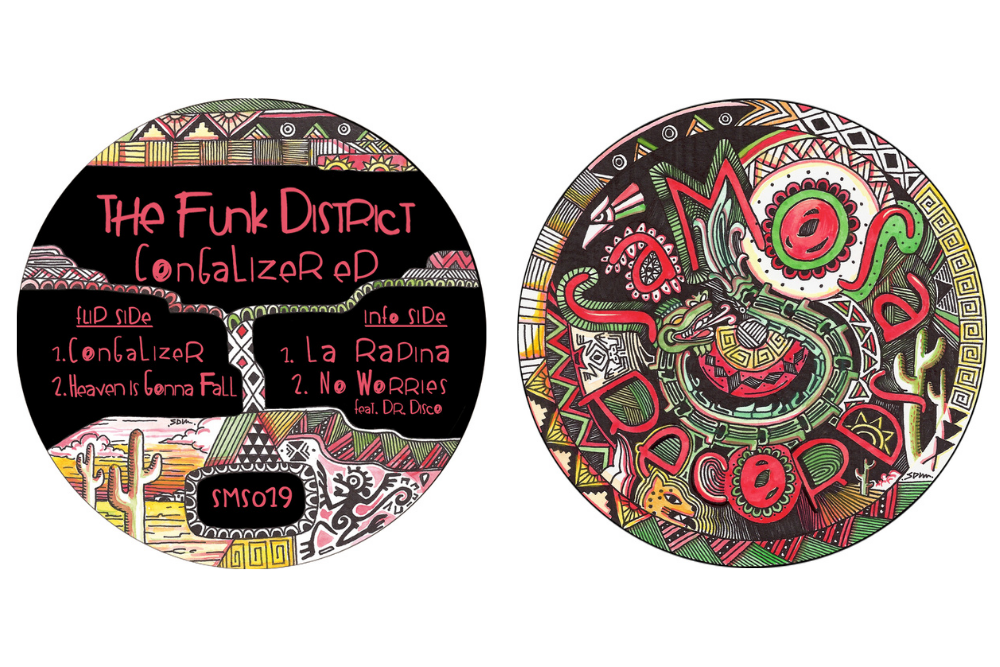 Following on from their afrocentric Souldynamic and C da Afro releases for their 19th release Samosa Records have drafted in the seriously hot Mexican producer The Funk District who delivers a stunning four track EP.

Leading off with Congalizer it’s the perfect track to follow the last two Samosa EP’s again returning to Africa’s golden shores. It’s a track packed with energy and real dancefloor verve. Featuring a frantic guitar line front and centre it’s a track which is a in a real hurry to drag you straight to the middle of the increasingly rapturous Samosa Records dancefloor. Expect super tight editing here as Funk District builds the track through a series of ass shaking loops which perfectly jousts back and forward with a brilliant vocal.

Heaven is Gonna Fall is another track which sets off at a breakneck pace. Super funky brass stabs, echo packed guitar riffs and energetic percussion underpin another stand out vocal. This is another surefire dancefloor track. Pop it on and watch your club erupt.

Over on the flip La Rapina is straight Latin dancefloor gold. Infused with all that is great with 70’s underground disco you can expect string stabs, a monster bassline and shimmering brass whilst the Cuba extolling vocal turns the heat up considerably.

Seeing us off in fine style is No Worries featuring Dr Disco. It’s a loop heavy slice of hip shaking disco groove. With breakdowns aplenty it builds into a fierce guitar solo which it’s safe to say will stand out wherever you play it.

In SmS019 The Funk District have mined the worlds disco vaults and turned in an EP which is both exciting and impossible not to completely lose yourself in. Make sure you jump on this one right now as the Samosa express continues its non stop journey straight to the heart of the dancefloor.

Grab the vinyl from: https://www.juno.co.uk/products/the-funk-district-congalizer-ep/795441-01/