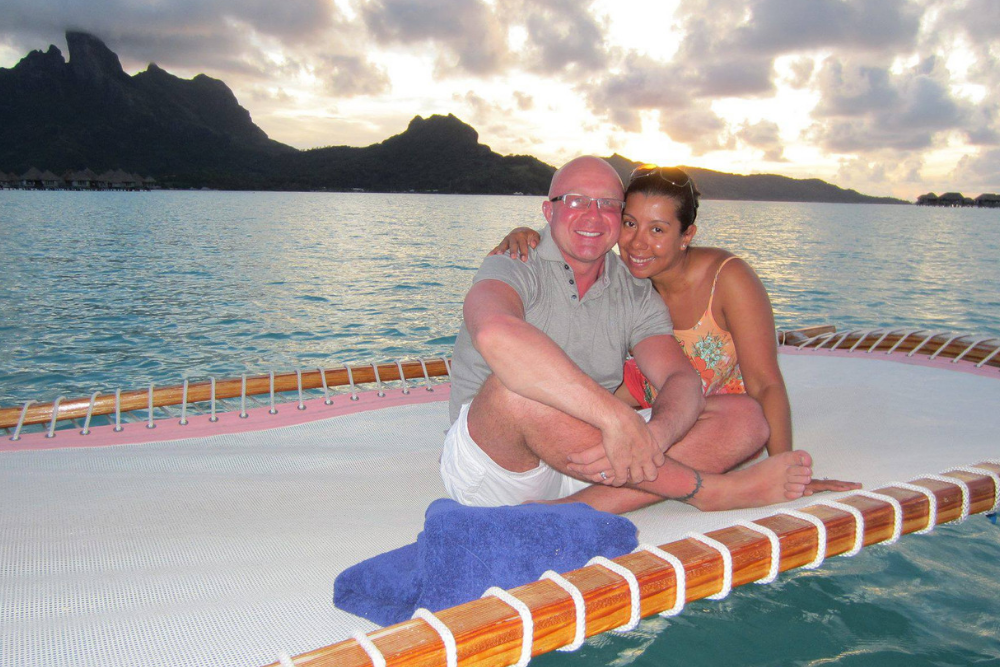 The DJs get the spotlight, they get the praise, the press, the adulation, the fame and everything that comes with it, for better or worse.  But what about the unsung heroes of house music?  The people behind the scene, not the ones pulling strings, but the ones contributing in silence.  We’re talking about philanthropists; folks who love dance music so much they dig in their pocket and shell out cold cash to help further the scene.  The DJ world’s major media outlets have seemingly lost the plot, filling editorial content with silly memes and videos of drunk girls gone wild where quality music reviews and artists interviews once reigned supreme.  Actual ‘reporting’, digging for the truth, hunting for real stories and writing original editorials that give fans some actual insight into the goings-on in this industry have been replaced with the all mighty submission button where publicists send magazine editors prefab stories designed to cast a certain image on the artists who can afford to pay for PR and whether they can actually DJ or produce doesn’t really matter anymore.

In an attempt to get to the bottom of things to see exactly what it takes for a quality song to get the exposure it deserves, we made some calls, did a little digging of our own and we found one of those un-sung heroes of house music.  His name is Lenny Bambina, he owns a drug store in Brooklyn, he’s a life long house fan and he wants nothing more than for house music to keep its soul. He’s a fascinating character, this is his story.

Where did it all begin for you?  How did you catch the house bug?

LENNY: I caught the bug in the early 90s when raves were dominating NYC’s nightlife landscape.  It was a simpler time, no one was on a smart phone, the closest thing we had were beepers and not many of us could afford cell phones; and even if we could they had a shoulder strap with a car battery attached to it.  Not exactly convenient.

Pre-social media, the hey-day of NYC nightlife, all the major clubs were open at once: Limelight, Sound Factory, Tunnel, Palladium…  which was your favorite?

LENNY: I’m a Factory head.  But I went to all the clubs. That’s where we socialized, met new friends, that’s where we went to hear the newest music.  We didn’t have soundcloud or Beatport or whatever, we went to the clubs to hear the big DJs play unreleased tunes weeks, sometimes months before they were released to the public. That seems to be a thing of the past now.

You miss those days?  Do you think things are better or worse in the club scene now?

LENNY: Who doesn’t miss their youth?  I mean, if you ask people who grew up in the 60s if things were better in their day, chances are they’re gonna say yes.  It’s all relative to the person who had the experience.  Times change, things are different and I’m sure there are loads of great parties taking place in NYC these days.  I’m just older now, I have a family, a beautiful wife and baby boy and I don’t have one foot in the clubs like I used to.

So what do you do these days to keep a toe in the pond so to speak?

LENNY: Well, for one I produce as Lenny RX and own Mind Music Recordings.  We’ve had quite a few releases by some great producers like Tedd Patterson, Angel Moraes, Eric Kupper, Kenny Summit…  And I still DJ from time to time when I’m not running my business or changing diapers.

In an interview we did with Kenny Summit last year he mentioned you were an intricate part of helping to his Paradise Garage compilation off the ground.  Care to elaborate?

LENNY: Honestly it’s not really something I’d bring up in conversation, but yeah okay; Kenny is a dear friend, we’ve know each other since my clubbing days.  He and Eric Kupper and I have worked together on a number of records and when he said he was going to release that amazing Lou Rawls remix he did with Kupper and Frankie Knuckles I told him I’d like to be involved with the project if I could.  And thats how it happened.

LV: So what is your involvement?

LENNY: I came in on the project in somewhat of an executive producer capacity, or maybe “sponsor” would be a better word.  Like most house labels Kenny’s Good For You Records runs on a shoe string budget.  Big labels like Defected and Armada can put thousands of dollars behind a release to make sure it gets proper exposure to different markets around the world and I thought that Lou Rawls record deserved to get that same exposure, so I helped out.

LV: You helped out?  I think you’re being a bit humble.  Kenny said without you, the record wouldn’t have seen the light of day.

LENNY: Well, if he says so.  LOL.  He’s my boy, so I’m helping him out.  Plus it’s a stellar remix.  It’s also the last track Frankie played in his very last DJ set.  You have to understand, that Lou Rawls remix is timeless, everyone from Carl Cox to Pete Tong and pretty much every big house DJ on the plant loves that song and still plays it 6 years after Kenny produced it.  I watched as Kenny struggled year after year battling with Sony until FINALLY they let him license the record for it to be released.  Who the fuck spends 5 YEARS battling a major just to license one track?  It was a labor of love for him, he didn’t give up and that inspired me.  I have a great respect for people in the music industry who don’t waiver or chase trends and I’m truly blessed to be in a position to help a friend follow through and fulfill a dream.

We need more people like you in this industry.  When does the vinyl come out?

LENNY: I think it’s mid-August.  They’re doing a special vinyl release party in San Francisco at a record store called Vinyl Dreams.  I know they were talking with Bandcamp about doing the event at their store in Oakland but that fell through or something.

What’s next for LENNY RX and MIND MUSIC?  Are there any other projects that you’re setting your sights on?

LENNY: As for me, I’m still grinding away in the studio.  We release 1 track a month on Mind Music.  We have a compilation coming out mixed by some friends of ours, Melissa Nikita & VTone, also we’ll be remixing some of the back catalog this year.  I’m always looking to get involved with projects I believe in.  That’s what it’s all about, doing things you love to do.

You don’t find people like Lenny RX in our industry every day.  Kind, humble, giving, willing to help their friends.  What a great example of how one should approach the music industry.  In an ideal world producers wouldn’t need to stress about finding backers for their projects, but today’s market require financial backing…  How many ‘hits’ have reached the Top 10 because a ton of money was poured into the project?  And how many potential anthems were lost in the wind because the label or artist just didn’t have enough money to pay for the essential exposure their project needed?  Any DJ can tell you the pure joy they find when digging for tracks only to come across a BANGER that they’ve never heard of.  But for the labels putting out genuinely hot tracks only for them to be lost by the wayside because of a lack of funding is heartbreaking.  Such is the life of a musician.  Thankfully there are good people out there willing to help others, and that is what house music is about.

Tags: Frankie Knuckles, Good For You Records, Kenny Summit, Lenny RX, Sound Factory Bar
This website uses cookies to ensure you get the best user experience. By clicking “Accept All”, you consent to the use of ALL the cookies. However, you may visit "Cookie Settings" to provide a controlled consent.
Cookie SettingsAccept All
Manage consent