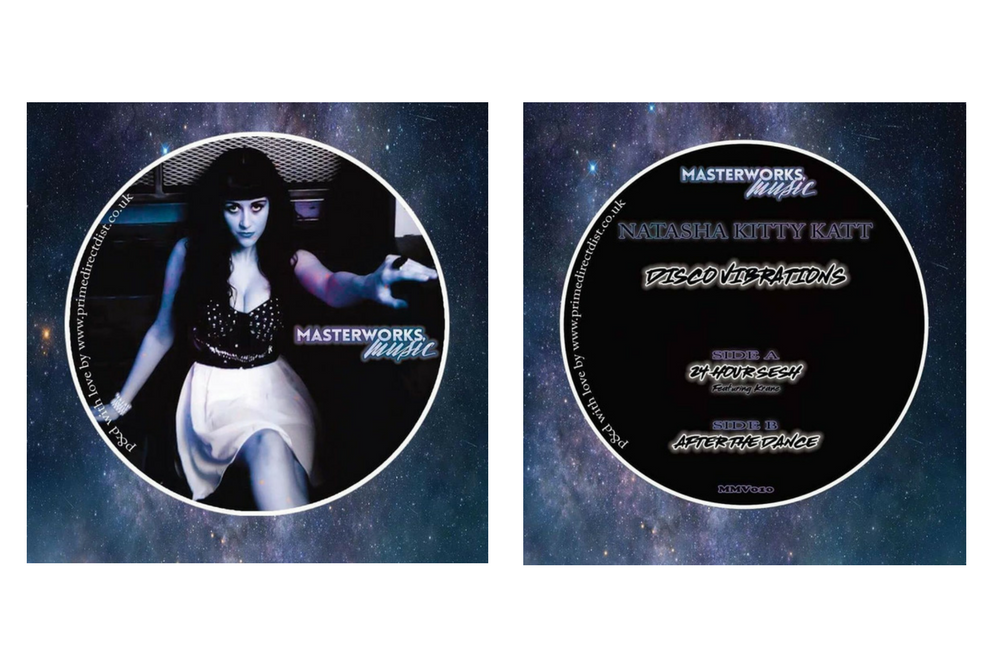 Given that this is Natasha’s debut year as a producer this is a superb release. Comprising 2 tracks ’24 Hour Sesh’ and ‘After The Dance’ this is an EP which shows and a real understanding of what it takes to not only move a dancefloor but to actually take it over the edge, if you want people hanging off the light fittings then I would recommend picking this one up. Buy HERE

‘After The Dance’ is one of those chugging tracks which you use to create a scene, its a track which brings people in from the edges of the dancefloor to the front of the room from foot tapping to feet moving. It’s got a fluid rolling bassline, solid drums, skippy percussion and vocal stabs but it’s power is in the underlying filtered string loop which periodically breaks to the forefront of the track and in doing so creates some major feel good vibes.

’24 Hour Sesh’ is a proper full on anthem that you will find it imperative to play repeatedly and one which will still be in your record box 10 years from now it’s that good. The bassline is powerful and engaging and again the string drop is euphoric and feel good to the max. Once you add in some diva screams then this is dancefloor gold.

You can check the clips below.

Disco Vibrations follows hot on the heels of Natasha’s brilliant ‘Twisted Katt’ 12″ which was released on Ghetto Disco Records back in August, sold out sharpish and has just been re-released. You can grab that HERE

Tags: 24 hour sesh, after the dance, disco, masterworks, natasha kitty katt
This website uses cookies to ensure you get the best user experience. By clicking “Accept All”, you consent to the use of ALL the cookies. However, you may visit "Cookie Settings" to provide a controlled consent.
Cookie SettingsAccept All
Manage consent