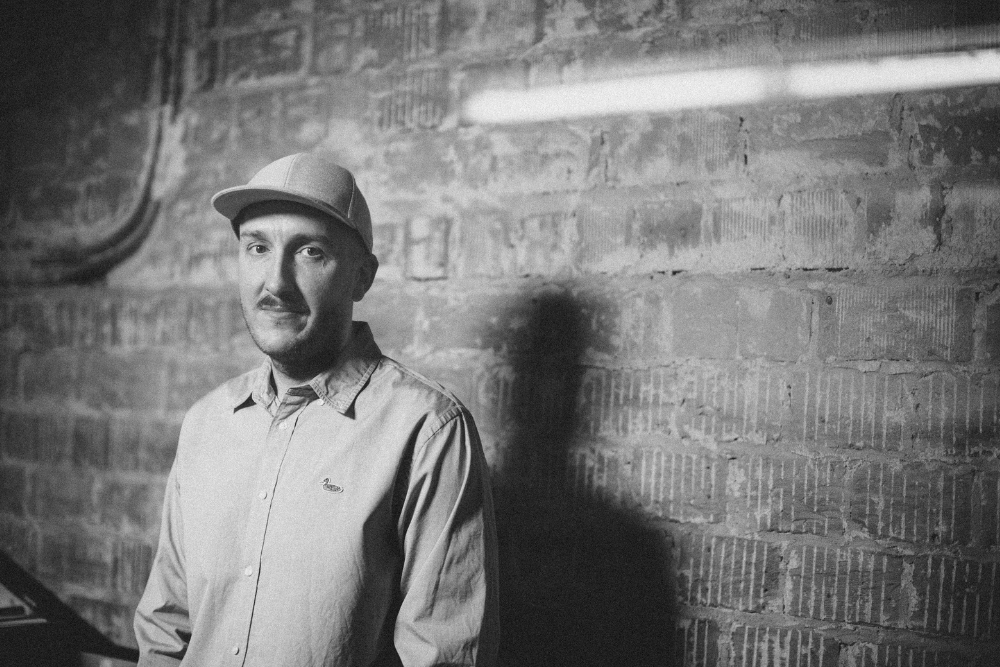 Based in Darmstadt in Germany Phonk D has a colourful musical background. Falling in love with house and techno in 1995 he was a regular at legendary Frankfurt clubs Dorian Gray and Omen, closely studying how their DJ’s built an electric atmosphere. This crash course in Djing lead to him to become a huge vinyl enthusiast which in turn would lead to him organising his own parties and a job working in a record store.

Over the next few years he would become develop a heavy interest in hip-hop and the technical side of Djing which lead to an urban production career where he would develop a strong relationship with the producer Iron going on to produce as “Kollege Schnürschuh” a series of albums and EP’s for some of Germany’s best rappers including Mädness and Döll.

As well as his own label Phonk D has had a series of classy releases on some of the best labels out there including Glitterbox, Nite Grooves and NDYD. His First Choice remix for Salsoul last year was one of our tracks of the year.

For our readers who haven’t come across your releases before how would you describe the musical style of Phonk D?

I think for an artist like me it is usually a bit difficult to describe his own sound because i’m musically very versatile. I started with house and techno in the 90’s and then produced a lot of hiphop during the 2000’s. Today, everything blends in with me, influences certainly come from the urban world as well as from the old techno times. I’m also very affine with disco, funk, rare grooves etc… I’ve tried a lot for years, have bought a lot of synths, drum machines etc, but I ended up sampling again and again, Somehow I like this sound aesthetic the most. The typical Phonk D sound is probably a disco or funk sample, looped through filters with a crisp drumming and straight arranged for the dancefloor.

Please can you give us 3 of your own tracks which are quintessentially Phonk D.

Maybe this track is my most successful so far. I found the vocals on a Salsoul vinylbox that I bought a few weeks earlier. Actually, I was working on a different production with Sascha Ciminiera and was looking for a little sample and came across these vocals. I immediately realized that they have something special. Sascha already felt tired so I started a new session with the MPC. I sent the first finished version to Marcel Vogel. He liked the track immediately and wanted to put it on his BBE compilation, so he contacted Salsoul. They were so excited that they wanted to release the edit by themselves.

This track will always be special because it was the first electronic track I released and started my label with. It was very exciting to see for the first time that what we produced in the studio was working in the clubs. We also got the first feedback from DJs, I got videos sent to me with people abroad dancing on it. I still like this track today just like before.

Kris from NDYD records contacted me and asked if we wanted to do a release on his label. So far I had released all my tracks by myself so this was my first release on a different label. I chose four suitable tracks for him from my backstock and suggested to him that he made this his first vinyl release. The release was a complete success and it took me for the first time onto much bigger events.

You have a background in urban music having produced multiple hip hop albums and EP’s. How would you say this has influenced the way you produce house and disco?

My time making Hip Hop had a big impact on my current production style. I learned many techniques such as sampling and how to mix vocals etc. Hip hop productions also had to deal with classic song arrangements, there were verses, bridges, refrains, etc. In the electronic world songs are usually built differently, but nevertheless, this classic education helped me a lot to find my way around tracks today.

Some time ago we moved into a new studio space in our hometown Darmstadt. This location was previously used by a religious community which found its purpose in the worship of Shiloh. We have somehow absorbed their spirit and created this EP as if by magic. Generally we sampled less and recorded more this time and there is a slower cosmic feel on it. When we were planning the EP we asked Johannes Albert for his support. He was immediately hooked, threw a few herbs together and brewed us a tasty remix.

Have you been surprised at just how huge the disco and house scene has become in the last decade and where do you see it going as we continue to move forwards?

As you know, music moves in cycles. In the seventies disco was born, twenty years later in the nineties a lot of disco was used, now twenty years later it’s experiencing another boom. I think the genre has been the first genre that you can see in the club and dance context. This era has shaped everything which came into the clubs afterwards. Immortal music was created during this time, just too strong to be forgotten.

I don’t really concentrate on the current scene very much. I also hear a lot of old music and the stuff from my environment, Sascha Ciminiera, Lukas Lehmann, Shan and Le Rubrique… Otherwise the last Soundstream release was the strongest for me. There’s no one who can get that much out of a few little loops, that’s great art for me.

As well as producing your own tracks you are also in heavy demand as a remixer with classy remixes for Hi Fi Sean, Hemi, Guri and many more. What is your favourite remix that you have done to date, what remixes do you have upcoming and do you approach your remixes any differently to how you approach your own productions?

This year is the 5th anniversary of the label, what do you have planned to celebrate this landmark?

The Hans Nieswandt feat Eric D Clark EP comes next on my label, two great tracks with remixes by Marcel Vogel and myself. After that the jubilee sampler arrives and later on I’m planning a little label break. I’ve also got a few releases on other labels in pipeline: a solo EP on Liztomania with some deeper stuff, as well as a collaboration EP with Siggatunez on Tilly Jam. Otherwise I’m looking forward to upcoming gigs, Defected invited me to their festival in Croatia, that will be great fun!

I’ve been playing for over twenty years now and luckily I don’t often get into such a situation. So if all else fails then I’m probably at the wrong party. Then it doesn’t matter anyway and I would make a joke of it and maybe play “Straight Up Menace” of MC Eight or something from DJ Deeon. I think there should be at least one Dance Mania song at each party.

As for the food, I think it is simple. The best “Frikadelle”(german meatball) are at ‘Take It Easy Snack’, the best butcher is the “Wurstlädchen” and the best Döner you will find at ‘Hassom’.

The next three points can all be summed up. The best drink and the best sunset you can see in the Weststadtcafé in Darmstadt, where you can also dance, preferably on a “Diggin in the Crates” evening.