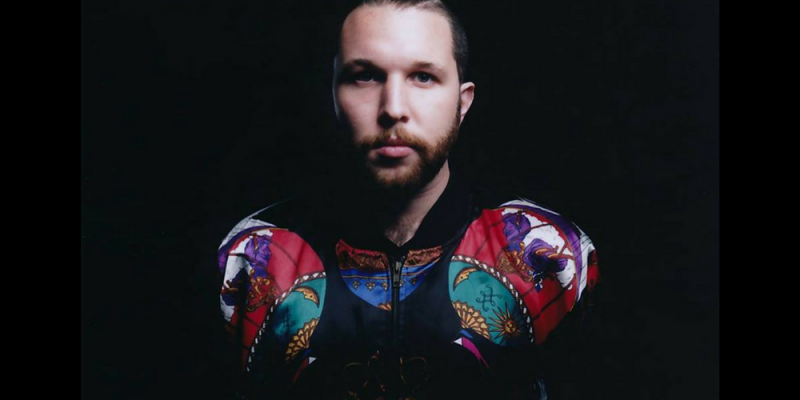 Drawn from the upcoming Eskimo Recordings Album – The Purple Collection. IV Edition and Lilianna Wilde have dropped a beautifully laidback track in Whose Man’s. The production is divine and Lilianna’s vocal is an absolute delight. This track is perfect for the small hours. Check it out and get ready for what is shaping up to be another masterful album from Eskimo. The full album release info is below along with another fantastic track from the album.

Fresh from releasing Bill Brewster’s ‘Tribal Rites‘ compilation, a critically acclaimed trawl through the past 4 decades of dance music, Belgium’s Eskimo Recordings return to the present and look to the future with the release of ‘The Purple Collection’, the 7th release in the label’s annual colour series of compilations. Featuring brand new tracks from the likes of Simple Symmetry, Cavego and Future Feelings alongside recent label highlights from Horixon, Atella, Paresse and NTEIBINT, ‘The Purple Collection’ provides another essential snapshot into today’s electronic music scene, covering everything from underground house & disco to sparkling electronica and leftfield pop.

Kicking things off in style hotly tipped Norwegian duo Atella team up with bonafide Scandinavian sensation AURORA for the frosty ambience of ‘Ascension’. Taken from their recent ‘Beacon One’ EP it’s a prime example of why the likes of DJ Mag have been tipping them for great things in recent months. Vibe well and truly established Berlin duo Languages pick up the baton with the stunning Balearic heart-melter, ‘Helicopters’. Having caught the label’s attention with the release of their debut EP on Days of Being Wild, their mix of dreamy laidback beats and hypnotic vocals (sung in their own made up language no less) fits in perfectly amongst their new label mates.

Inspired by the Turkish music of his grandfather Dogu Civicik is another artist making his debut on the label and judging by the slow paced, hypnotic ‘Andromalius IV’ this wont be the last we hear of him. The kind of music that really should come with a warning for those driving or operating heavy machinery, it’s a heavy, psychedelic brew of chugging beats, delicate jazz flourishes, drones and industrial sounds echoing off into oblivion. Pulling us back from the brink of pure ego-death Brooklyn producer IV Edition teams up with Californian singer Lilianna Wilde for the languid, nostalgic jam that is ‘Whose Man’s’, a track that breathes light whilst also managing to sample the sound of rain falling in a forest and a close-up recording of fire ants, which is probably the point where any yacht rock comparisons end.

Having made a splash with his contribution to last year’s ‘Red Collection’, Russian producer Antenna continues to swerve any preconceived ideas of what music made in a region that regularly experiences -15°C temperatures sounds like. Rather than cold, austere and forbidding ‘Sparks’ instead is a vintage sounding cosmic disco gem, warm arpeggios that brim with the optimistic belief of a producer who believes that music can change the world. Parisian producer Simon Says has been doing his thing for over two decades now and it shows in the insouciant funk of ‘Feel Me’, the kind of outrageously funky sex jam that can turn on both electro kids and disco dads, and could be released on a brand new vinyl only imprint or have sat proudly on an old Ze Records compilation.

If things have been chugging along at a more sedate tempo so far it’s the turn of Mexican producers Dan Solo and Future Feelings to turn up both the heat and the tempo with ‘What Else Can I Do’, a perfect slice of electro-funk all topped off with the heartfelt vocals of Tony Browne. Keeping the party vibe going Norwegian producer Cavego steps up next with the snappily titled and irrepressibly upbeat ‘Vår I Øyer’ (‘Spring in Øyer’), a track that funnily enough sounds exactly like that first sunny day of the year after months of dark clouds and sub zero temperatures.

Longtime fans of Eskimo Recordings wont be surprised to see the inclusion of Greek producer NTEIBINT on this collection. One of the label’s veterans he’s once more teamed up with his fellow Athenian Σtella for a sci-fi disco ballad, full of heartbreaks and mellow synth lines, it’s another essential release from the pair. Swedish producer Paresse made his debut on Eskimo late last year with the ‘Sloth Machine’ EP, a release so successful the label elected to press up a limited edition 12″ that quickly sold out. Taken from that EP ‘Quiet Light‘ is the kind of sun kissed instrumental track that crate diggers would re-discover tucked away on the b-side of an 80’s pop single and would, decades later, go on to enjoy a golden second life on the beaches of the Adriatic coastline, timeless and beautiful music.

Next up we have Russian duo Simple Symmetry, having made a name for themselves with releases on Moscoman’s Disco Halal imprint the duo made their Eskimo debut last year remixing Paresse’s ‘Temple’ to devastating effect and now return with their original track ‘Prince of Persia’. Melodic, emotional music that isn’t afraid to wear its heart on its sleeve and will no doubt become a secret weapon for many more open-minded DJs. Inspired by the northern lights that can be seen dancing nightly above his home town of Reykjavik, Icelandic producer Hermigervill‘s ‘Disco Borealis’ is another stand out piece of cosmic-scandi-disco, playful yet still primed to cause a serious commotion on the dancefloor, it’s no wonder he’s regularly held up as one of Iceland’s top electronic producers.

Norwegian’s BOKA claim their influences range from The Avalanches to black metal, and whilst ‘Space Issues’ may not display any deep throated roars or existential angst it does show off a wonderfully eclectic attitude that sees the track skip between classic cosmic disco arpeggios, Skatt Bros style chanting, thumping house pianos and acidic squelches to wonderful effect. Finally to close out the collection we have a contribution from two artists who again should be no strangers to Eskimo fans, British based duo Horixon and Norwegian singer Else Born whose ‘Hello’ is a quiet storm of numinous pads, sparse piano chords and an almost 2-step beat that serves as the perfect outro.

Since launching in the year 2000, Gent based Eskimo Recordings has gone onto become one of the leading electronic music labels in the world releasing genre defining artist albums and compilations from the likes of Aeroplane, Lindstrøm, Prins Thomas, The Glimmers, Optimo, Psychemagik and many more. Since its launch in 2013 the ‘Colour’ series, now in its 7th edition, has continued to build upon the label’s reputation, not only for discovering and curating great music but for great design and the cover for ‘The Purple Collection’ features a stunning photo by Danish photographer Ken Hermann. 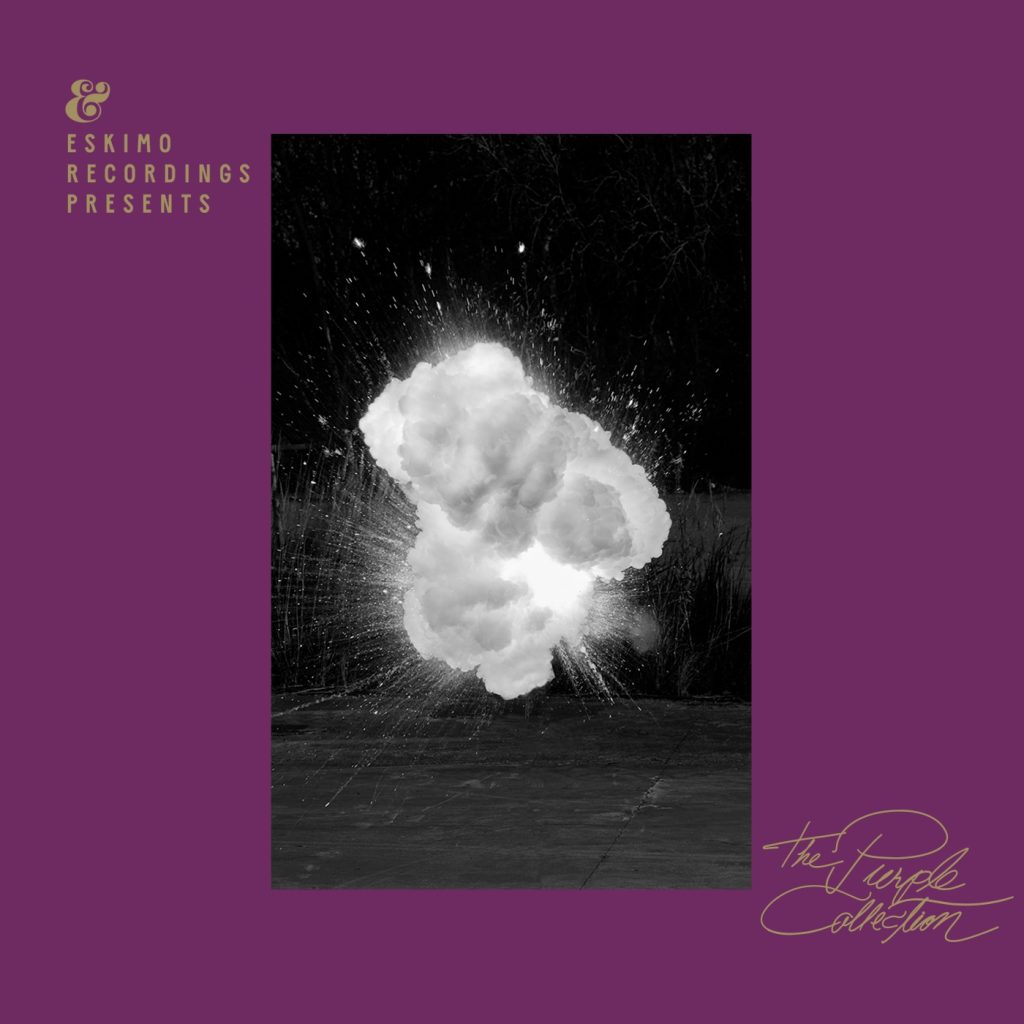