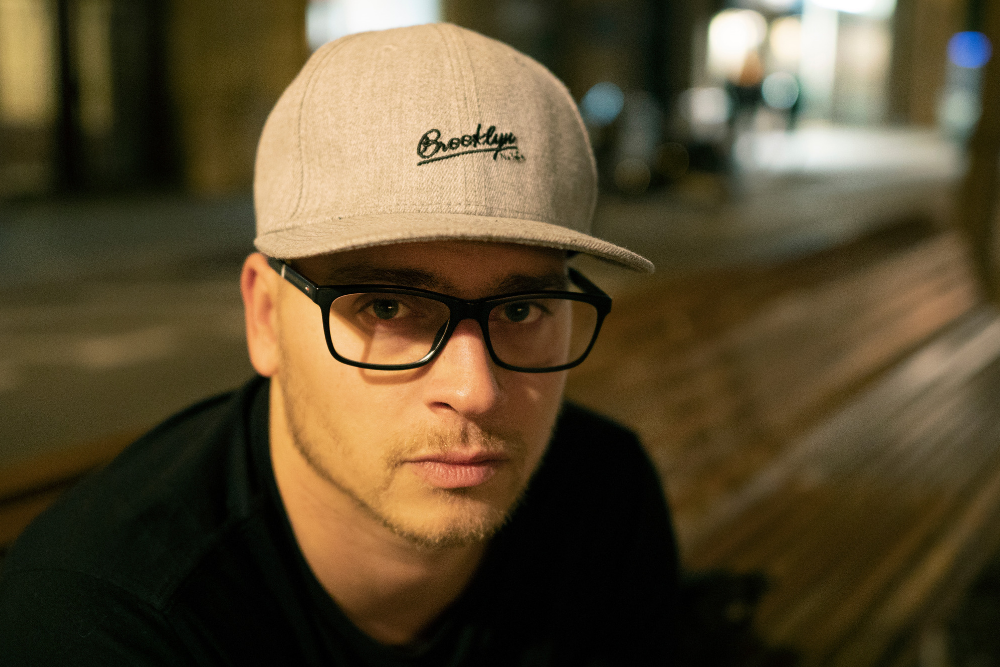 Hailing from New York Ralph session is a house artist with a truly classic sound combining soulful, deep and tech vibes but with an undeniably funky edge. He is making house music which would have sounded at home in the heyday of house music in the 90’s but with production skills which are bang up to date for the 2019 dance floor. It’s a perfect combination of style and ability.

Ralph is also behind Half Assed Records which launched in 2018. As a DJ he has shared the decks with some of the key artists of the scene including Mr V, Jon Cutler and DJ Romain as he has soaked up all that the New York club scene has to offer. It was an education fueled by late night sets of rich deep underground house and disco.

His latest offering Nod to MAW see’s him pay homage to two of the most important artists the house scene has ever offered us Kenny Dope Gonzalez and Little Louie Vega in their Masters at Work guise. It’s Masters at Work of their deeper dubbed out B-sides which sound as fresh today as they did in the 90’s. You can check It out via: https://ralphsession.bandcamp.com/album/a-nod-to-maw

We spoke to Ralph about A Nod to MAW, the New York Scene and House Music in 2019.

He also recorded a seriously brilliant mix for us, definitely one for the house heads!

For our readers who haven’t come across your releases before how would you describe the musical style of Ralph Session?

Hey everyone, many many thanks for having me and the very kind words. So people say I have a classic house sound. I should say my style is chunky but funky. It could be soulful at times deep or disco etc. Its a dope journey you should join me on!!

I’m eager to get more bookings and to show crowds my style on the Dj side.

How would you describe your latest release A Nod to MAW which is out now on your own Half Assed Records label and please can you give us a bit of history about the release?

I would say its a tribute record to Masters At Work. In many ways a thank you. I started this back in 2015, just after I bought a NI Maschine Studio in Brooklyn. I came across some chord sample I had and it instantly reminded me of “I Can’t Get No Sleep”. I played around with the chord progressions and that became the backbone of the record. I finished it in a studio space my good friend Luis Baro and I rented in Brooklyn.

From there I sat on it and played it out for a few years. I always knew it would be right for summer. But I missed the timing so I did something I don’t normally do, I……waited. I must say I am glad I did as I feel the entire release is amazing. MoodyManc and GarcyNoise both made stunning yet complimenting remixes

Why Masters at Work, what do they mean to you personally?

Man, they are staples in NY so it’s hard not to hear a song of theirs or catch them at Cielo (RIP). But to me personally it was something that hit me to my core from first learning about them. I grew up on Hip Hop, R&B, Funk, Disco, Freestyle, latin and Soul music. Even though I missed the whole 90’s house era from being too young, they spoke to me right away. The Hip Hop side from Kenny’s drums and the Latin/Freestyle influence Louie brought made for an amazing combination. Importantly it was the vocalists too that made everything timeless. It was Soulful with grit and thats my shit. I strive to be like that. Soulful doesn’t have to be elevator or mall music but it seems to be the way it is now a days in clubs. Dare I say that a lot of what people call Deep House I would classify as Soulful House or just House.

Masters At Work ft India – I Can’t Get No Sleep My all time favorite MAW record.

This always gives me goosebumps when La India holds that part in the break. Just a classic example of a timeless record.

Always makes a party. I carry this with me everywhere I play. You can throw so many acapellas over this and it will add a different twist on it every time. Just look at the Childish Gambino – This Is America Mix they just did.

This record always fills me with memories of the circles in the back of Shelter. Everyone would sing along and lose themselves in the moment. Truly hits you in the soul.

You can see the dings in my monitors because they were in my luggage coming back from New York because I just couldn’t live with out them here in Barcelona. 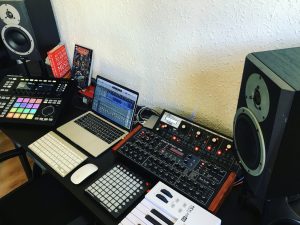 As well as working with JeSante on this release you have already collaborated with some of House Music’s most incredible vocalists including Dajae, Sheree Hicks, and E-Man. If you could organize a collaboration with anyone in music who would it be and why?

If were doing hypotheticals then Stevie Wonder because the guys a legend and the lessons learned would be priceless.

If were sticking with the house scene Moodyman for male vocals & collaboration. It would be dope to learn from him while we jammed and the guys voice just commands attention while still being slick AF.

Female vocals, Stephanie Cooke or Imaani Saleem.
I use their acapellas all the time to get ideas and to practice if I were ever to get to remix them.

What can you tell us about your label, Half Assed Records, what is the ethos of the label and what else do you have upcoming?

Half Assed Records was born from feedback I received about doing things myself and the endless wait times while shipping records. The name comes from 2 parts. One a sort of slight towards the scenes business practices and 2 remembering not to get caught up in the trap of waiting until a song is perfect. They usually never are.

The scene in New York has always historically always been on of the key scenes for developing sounds which have influenced the rest of the globe. How is the scene today and which clubs and parties are really standing out for you just now?

The New York scene changes all the time from different parties and locations. I moved out a few years ago so I’m a bit rusty on parties happening now a days. FunkBox is always a staple party started by Tony Touch and the late Voodoo Ray. Thats where all the dancers go.

Good Room, Black Flamingo, Nowadays, House of Yes and Elsewhere are must go to spots in Brooklyn. S.O.U.P. has a great party as well. But here in Barcelona I have been to a lot of proper parties in the short time I have lived here. A great one is called DROP another is The Glove Party and Zebra (D-Bird & Ape).

What do you think it is about New York which has led to the city bringing so many musical innovations to to world?

Immigrants!!! It truly is a melting pot. I’m half Puerto Rican and Italian which is super common there, but you learn things from everyone’s cultures. So that comes together and people put a NY twist on it.

Also people being real and telling you to step your game up is a big part of that.

The city has an energy that I haven’t felt anywhere else. It’s hard to explain.
We are late night people and it is a 24hr city when you add creative people you get a recipe for musical innovation.

If you were asked to collate your perfect New York club night which 4 local DJ’s would you book and why?

That party already exists, its called Body & Soul with Francois K, Danny Krivit And Joe Clausell. You could throw Eli Escobar in the mix as well that would be dope. We are spoiled in NY theres at least 3 or more parties every night. I miss that. Its a lot slower here in Barcelona. But theres still plenty to go to.

What else can we expect from Ralph Session in 2019?

So A Nod To MAW comes out August 9th. After that I have 2 more EPs that are finished and ready to go on my label Half Assed as well. One in Late Oct called For The Dancers and another called Moods with a track Dj Romain and I worked on out late Nov/Dec.

I am looking to connect with agencies and promotors for bookings in Europe now that I live here in Barcelona. (kinda hard when you move to another country).

And finally, please can you give us 4 tips for a great day out in New York. A place to buy records, a place to eat, a place to drink and a place to dance.

First thing you wanna do is find a bodega/deli and order a Bacon, Egg and Cheese.

Then head to A1 Records or Turntable Lab. Those are staples downtown. My boy Ryan just opened up a shop in Brooklyn called 5th Ave Records so you all should go there as well.

For dinner I would go to Pig And Khao in the LES (Lower East Side), a dope filipino spot owned by a Top Chef Contestant that plays old school hip hop and the food is bangin’.

For parties Good Room is dope in Greenpoint BK, as well as House of Yes, Nowadays and Elsewhere in Bushwick.

For after the club eats check out Hana Foods (Williamsburg). It’s a bodega open 24hrs with crazy sandwiches. If you’re in the city then hands down WO HOP, (Downstairs) in ChinaTown. Its open til 5am!!

Tags: Barcelona, house music, masters at work, new york, Ralph Session
This website uses cookies to ensure you get the best user experience. By clicking “Accept All”, you consent to the use of ALL the cookies. However, you may visit "Cookie Settings" to provide a controlled consent.
Cookie SettingsAccept All
Manage consent