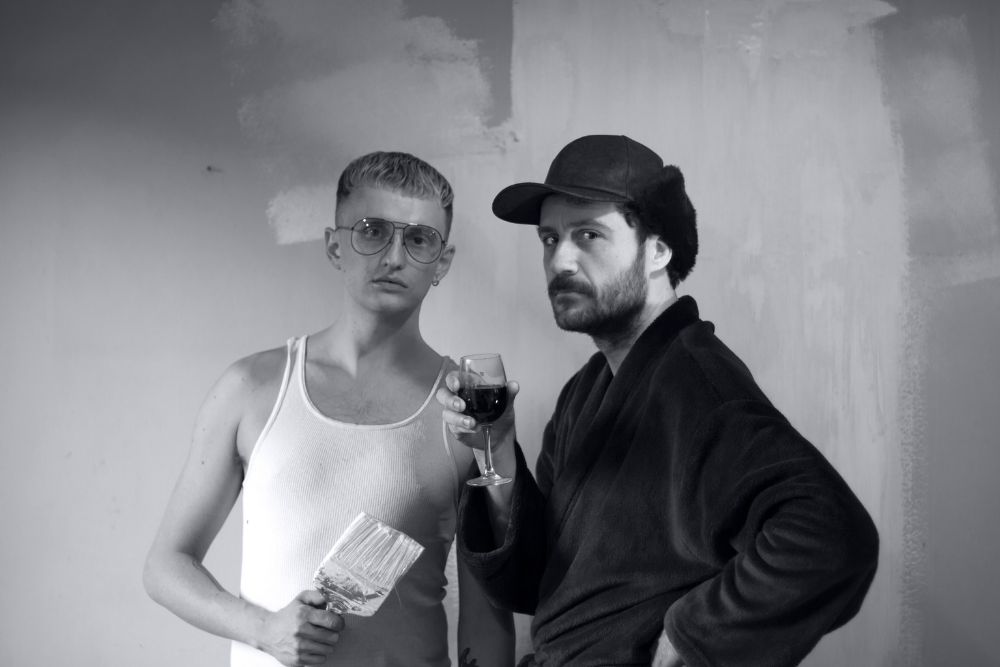 Over the last decade duo Super Drama have established themselves as a much lauded act on the London underground gay scene. Hosting parties, holding down packed residencies and picking up a fervent cult following they have built a big and ever expanding reputation as selectors of huge skill.

Producing now for a couple of years they have since released a well lauded series of remixes and a hugely fêted double A-side ‘Drama Theme / Irreplaceable Taste’ on their own Super Drama Records.

Their latest track ‘Ultra’ came together as they looked to create a heavy instrumental track that they could play in their DJ sets. Catching the ear of one of our favourite labels Disco Texas, vocalist and friend Josh Caffé was then brought in to work on the track.

The result is a classic house track. Owing a debt to early Trax Records and Mr Fingers seminal productions it’s packed with bubbling metallic synths, a driving bassline and a warm and powerful vocal from Josh.

This is a track clearly designed by DJ’s with the dancefloor in mind. It screams smoky basements and throbbing dance-floors. Just add a huge sound system and this one will cause all sorts of scenes in the club.

Tags: Disco Texas, house music, Super Drama
This website uses cookies to ensure you get the best user experience. By clicking “Accept All”, you consent to the use of ALL the cookies. However, you may visit "Cookie Settings" to provide a controlled consent.
Cookie SettingsAccept All
Manage consent