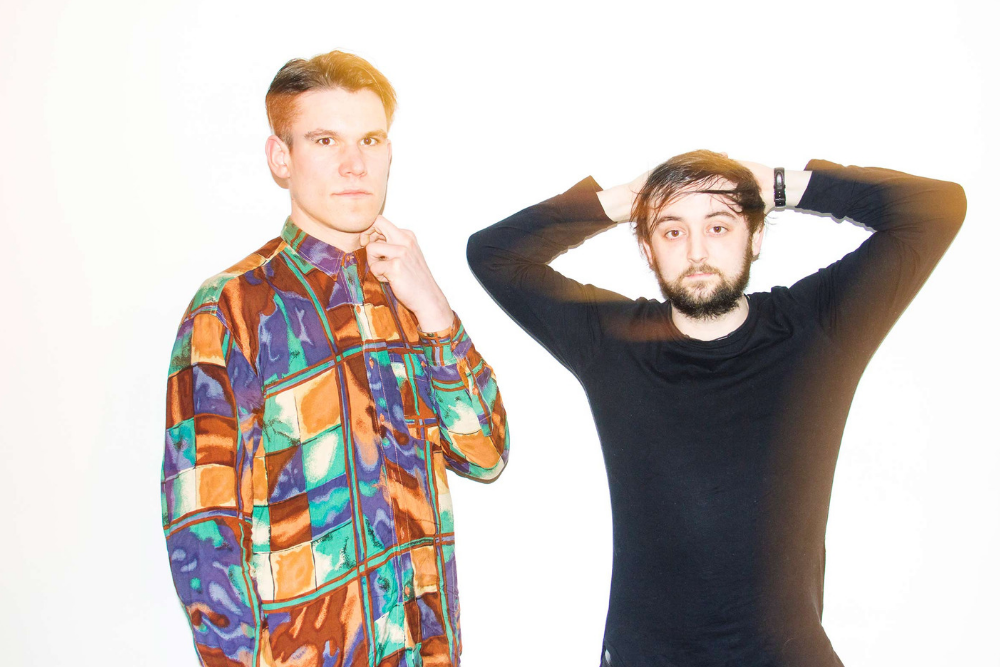 We Should Hang Out More – Le Visiteur Featured Artist & Mixtape 045

Hailing from Glasgow’s ever diverse and exciting club scene We Should Hang Out More are Oliver Melling and John Markey. Key players in the Glasgow scene they have earned a watertight reputation as tastemakers via four years of putting on stand-out club nights and countless high energy packed DJ sets across the city’s multitude of venues. They have played and promoted their way across a city which it’s safe to say knows a thing or two about the real underground and now hold down a residencies at the world famous Sub Club and the increasingly in demand Berkeley Suite as well as putting on a multitude of parties and events in those ubiquitous after hours venues the city has a strong reputation for.

WSHOM first caught our eye with their excellent No Mean EP which dropped on Midnight Riot at the tail end of 2018. Featuring the wonderful space funk of Du Jour and the incessant robotic synth heavy I Tell No lie it was a stunning debut.

After their successful first outing which hit high on many of the download charts the duo are heading back to Midnight Riot and are just about to release their 2nd EP featuring two superb original tracks. We tracked them down to discuss the EP, the Glasgow scene, their club nights, their favourite tracks and their plans for the rest of 2019. They also put together this very cool mix for us. Check it out and make sure you give it a share on Facebook and help spread the love.

Hi there Oliver and John,

For our readers who haven’t come across your releases before how would you describe the musical style of WSHOM?

We make music and DJ for the places we play regularly! We are residents DJs in three Glasgow venues, each one influences our musical style in DJing and Production. The Berkeley Suite has a huge disco influence on us, Sub Club takes us in a housier direction, and the third after hours venue is everything goes, but often on the heavier side.

How would you describe your latest release the ‘Tradeston Knights EP’ which is just about to drop on Midnight Riot and can you give us a bit of history about the release?

Both tunes on it are quite distinct. The first track, ‘University Avenue’, is a big energy house track with a New Orleans blues sample as its spine and a driving bassline throughout, it culminates in a sample of Scottish Trade Union Activist Jimmy Reid addressing Glasgow University in his inaugural speech as rector in 1972. Hence the name. The tune always goes down really well for big crowds at peak time. The second track ‘Dalriada Nebula’ came about when my friend and work colleague Nick Roan was testing out his new Moog synth and made a disco track, we took it (with his permission of course!) and added lots of Soviet era synth sounds from behind the iron curtain, if you listen closely you can hear the boots of the Red Army marching in the background as part of the percussion. It ended up being a big Soviet Cosmic Disco Italo beast. 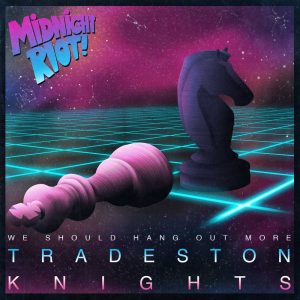 What do you think it is that makes the scene is Glasgow so special and which has nurtured such strength in depth of both producers and promoters over the last three decades.

That’s not easy to answer. I think DJs like to play here because of the crowds, and the crowds spawn more venues and more venues results in more DJs and producers. I think the large student population helps, the working-class Glaswegian frivolity and also the fact that clubs traditionally have only opened for 4 hours. The 4 hour set time results in DJs who may otherwise play for 5 or 6 hours abroad having only 2 hours to fit all their best material into, hence the crowds going wild and the level of intensity being quite high.

Please can you tell us a little more about the WSHOM club nights, what is the ethos of your events and where can we find you?

We promote regularly in the Sub Club and The Berkeley Suite. Our music policy is All Kinds of Disco (which allows for a lot), and of late we’ve moved considerably more towards the housier end of things. Recently we’ve booked Late Nite Tuff Guy, Dan Shake, Folamour, Honey Dijon, Session Victim, Brame & Hamo, and an absolute ton of others. The vibe is open, welcoming and has a really healthy balance of demographics which we’re really thankful for. It’s party time all the time.

Regarding this particular EP (our previous and forthcoming are quite different!)

This song more than any other I think is representative of the production process in University Avenue. A blue sample heavy track, with live bass guitar and rising anthemic breakdown.

Oliver played me this track and it is what went through my mind when I heard my friend play the bones of a disco track that he was playing about with. Driving, side-chained, arp-like basslines, lots of growls and plenty of analogue synths involved.

Lindstorom’s style of production has always inspired my own. Such consistency in his sound whilst always feeling new and interesting. This track was such a solid follow up to ‘Closing Shot’, one I played to death in clubs.

We use Ableton as our DAW.

For analogue we use a Korg Minilogue, Arturia Drumbrute and often a bass guitar.

Regarding digital we have the full Native Instruments set up, we’re also massive fans of Samples from Mars as well. The Soundtoys plugins are amazing.

We couldn’t live without our Minilogue. It’s so perfectly matched for our sound we’d be in real trouble if it disappeared.

You have both got a musical background with Oliver having a degree in audio production and John a PhD in Music respectively. What are the most important aspects that you have applied from your formal training to you current career?

In the beginning it was a bit dichotomous, with Oliver taking on more of a production role and Markey often having more of an influence on the musical side of things. That has altered quite a bit now with both of us learning a lot from each other. On our future releases we both have a massive hand in both the music and the technical production. Still though, not a bad place to start from!

If you were asked to collate your perfect club night which 3 artists would you book and why?

Apart from Le Visiteur? Mmmmm. Having DJ Harvey on a bill would be absolutely swish. Aphex Twin wouldn’t be bad either and to top it off, why not chuck Alison Swing in there as an up and coming pick.

When you are djing what is your ‘if all else fails’ track’?

Our EP launch in The Berkeley Suite on Saturday July 20th. Another EP. Our 5th Birthday celebrations in the Sub Club with Soul Clap on the 2nd August and Late Nite Tuff Guy on the 16th August. Another special guest (yet to be named) on 20th September in Sub Club. And then another EP 😉

And finally, please can you give us 4 tips for a great day out in Glasgow. A place to buy records, a place to eat, a place to drink and a place to dance.

Buy Records: The mighty and unwavering, Rubadub. A Glasgow institution that’s held aloft the torch for so much of this city’s talent pool.

Eat: The food scene in Glasgow is as vibrant as the club scene. Poke bowls at Kohi, brunch at Strangebrew, Asian fusion dishes for dinner at Mr Wu’s Disco Kitchen – throw a stone and you’ll hit an independent foodie feeding their patrons with globally influenced, locally sourced delights.

Drink: Our friend Sandy’s bar in the West End, Inn Deep. The food is amazing, the beer is amazing and the staff are amazing. Apart from Sandy of course.

Dance: Any of our resident venues! The Berkeley Suite, Sub Club or the venue that our E.P. Tradeston Knights is named after (if you know, you know)

Tags: Berkeley Suite, disco, Midnight Riot, Sub Club, We Shoul Hang Out More, WSHOM
This website uses cookies to ensure you get the best user experience. By clicking “Accept All”, you consent to the use of ALL the cookies. However, you may visit "Cookie Settings" to provide a controlled consent.
Cookie SettingsAccept All
Manage consent