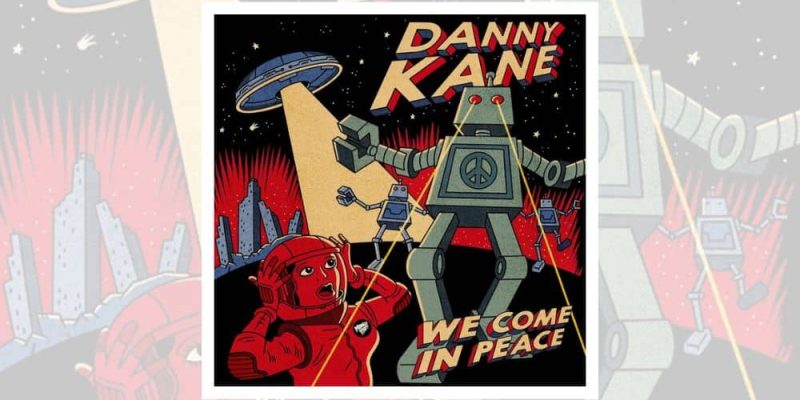 Given the rate at which music is released, consumed and discarded in 2022 sometimes if you blink you can miss some really spectacular release. Once such album which almost passed us by, but thankfully just caught our attention in the nick of time, is Danny Kane’s tremendous album We Come In Peace on Midnight Riot. If you haven’t already checked it out definitely make sure that you track it down immediately.

We Come in Peace features 16 tracks of boogie influenced house music, it’s a summer album through and through. With guest appearances from Princess Freesia, Jack Tyson Charles, Jacqui George, Natasha Kitty Katt, Sophie Paul and Sparkle as well as remixes and edits by JKriv, Art of Tones, Mark Brickman and Yam Who it’s a dizzying array of contemporary talent who have combined to create a seamless and timeless album which stand head and shoulders against much of the music currently filling up the disco and Nu Disco download charts.

You can grab it from Traxsource here: https://www.traxsource.com/title/1780612/we-come-in-peace

To celebrate the release we asked Danny to pick some of the musical pieces which have inspired him across his career and which directly or indirectly have influenced We Come In Peace. It’s a rather tasty selection of music.

They were part of the new techno funk

In the 80s. They were a big influence

Another 80s joint from my musical journey.

I’d have this album on repeat for days

KEIFER – When There’s Love Around (Album)

I always admire his production style from back in the early 2000s on Naked Music recordings.

I remember the first time I heard this

It blows mind! the music technology was changing the The introduction of the 808 drum machine had a big influence on the way we we’re making music in the 80s electro funk