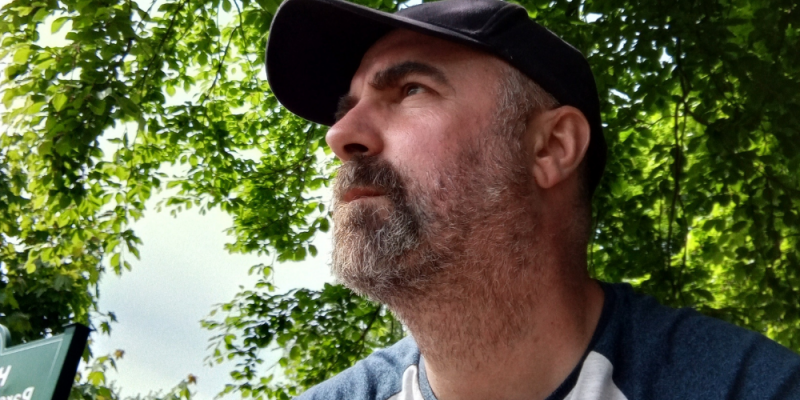 The Secret Soul Society are and act who I only came across in 2020 and I was immediately taken by the groove heavy downtempo gems they were releasing on their label Scruffy Soul, which they co-run along with the also ace The Found Sound Orchestra, and Paper Wave. Last week they topped off what has been a great year with the release of a 15 song album Songs From The Soul Kitchen on Slightly Transformed. It’s an album that I quickly fell in love with and you can check my full review HERE.

They are an act who pull in influences from across the musical spectrum from the sample collation of The Avalanches to the world musical view of the Thievery Corporation, the song writing nous of the Beta Band and the funk of Marvin and Stevie.

I’m a huge fan so I tracked down the main man behind The Secret Soul Society, Cal Gibson, for a chat about his background, the album and his influences. He also put together this immense mix for LV online. Please give it a share over on Soundcloud.

Q1: Who is The Secret Soul Society?

The Secret Soul Society is myself Cal Gibson and various musical friends and acquaintances such as guitarists Mango Marr and K Theo, vocalist Nell Shakespeare and Kyle Jones (oboe, flute) amongst others.

I used to be one half of Nottingham deep house / downtempo outfit Neon Heights back in the 2000s, springing from the same fertile Notts scene as Crazy P, Bent, DiY, Inland Knights etc, and recording twelves and albums for many labels including Glasgow Underground, Yellow, Sunday Best, Afro Art, DiY, Imperial Dub and Silver Network. Worldwide DJ gigs and remixes from the likes of Larry Heard and Crazy P meant that it was a non-stop few years.

Family commitments then lead to quite a few years away from music, until 2020 saw The Secret Soul Society surface with a couple of EPs on Paper Wave Recordings (Paper’s Balearic offshoot) and an LP for Slightly Transformed Recordings.

Having relocated to South Wales and started the label Scruffy Soul Recordings with Australia’s The Found Sound Orchestra and Japan’s Jules Brennan, The Secret Soul Society is all about just having fun: digging into old records and reworking them into something new: a musical collage of funk, soul, jazz, disco and all the good stuff squelched up into a psychedelic whole.

Q2: Please can you tell us about your album Songs From The Soul Kitchen?

Songs From The Soul Kitchen is a collection of tracks recorded for Slightly Transformed recordings after I’d pestered Gary at the label by sending him random tracks. Fortunately, he liked them so we spent a year or so going through stuff, picking out things we all liked. I’ve always had a very broad taste spanning multiple genres so the album reflects that: you might find chunks of Zappa in there, or a spot of Charles Earland, or some Alan Parsons project: its all in there, stirred up and tweaked and phreaked into something new. Nell Shakespeare jumped on board for a couple of tracks and really did a great job on the vocals and the writing. I was so pleased with those collabs so big up Nell!

Q3: There are many different discernible influences within ‘Songs From The Soul Kitchen’. Please can you give us three albums which you would say influenced the making of the album?

Bob Dylan – Blood On The Tracks: This LP has stuck with me from an early age: Shelter From The Storm is probably the track I’d have played at my funeral: so deep…. Un-beatable.

Jon Lucien – Rashida: just the most soulful album you could ever want to hear….what a voice, and the arrangements are spot on.

BB King – Midnight Believer: BB and The Crusaders: doesn’t get any funkier than this! My absolute favourite guitarist bar none.

Q4: We are huge fans of full length albums at LV HQ as a format for artists to really express themselves. Are there any tips you can give to up and coming artists who might be thinking about starting work on an album of their own?

Albums are a chance to stretch out and explore different creative avenues, to take those B Roads and side streets that maybe you wouldn’t explore if you’re focused on the dancefloor as you may be on an EP. Always follow your own instincts: no one else will have your ideas, your imagination, your creativity: let it all hang out and see where it takes you….

Q5: Please can you tell us about your studio?

We used to have a lovely studio in the centre of Nottingham back in the day but these days surrounded by toys, kids and animals its back to basics: a laptop, a midi keyboard, my acoustic guitar and a garage full of old records. What more could you need?

Q6: What else can we expect from The Secret Soul Society in the next 12 months?

After the last twelve months I’m very hesitant about making any predictions for the next 12 months. Staying safe, staying creative, staying hopeful in the face of adversity: it’s the little things that are important – that’s my takeaway from this year. Hold on to what you’ve got: hate hate and love love…so it goes.

Grab the album on Juno via; https://www.junodownload.com/products/the-secret-songs-from-the-soul-kitchen/4857953-02/