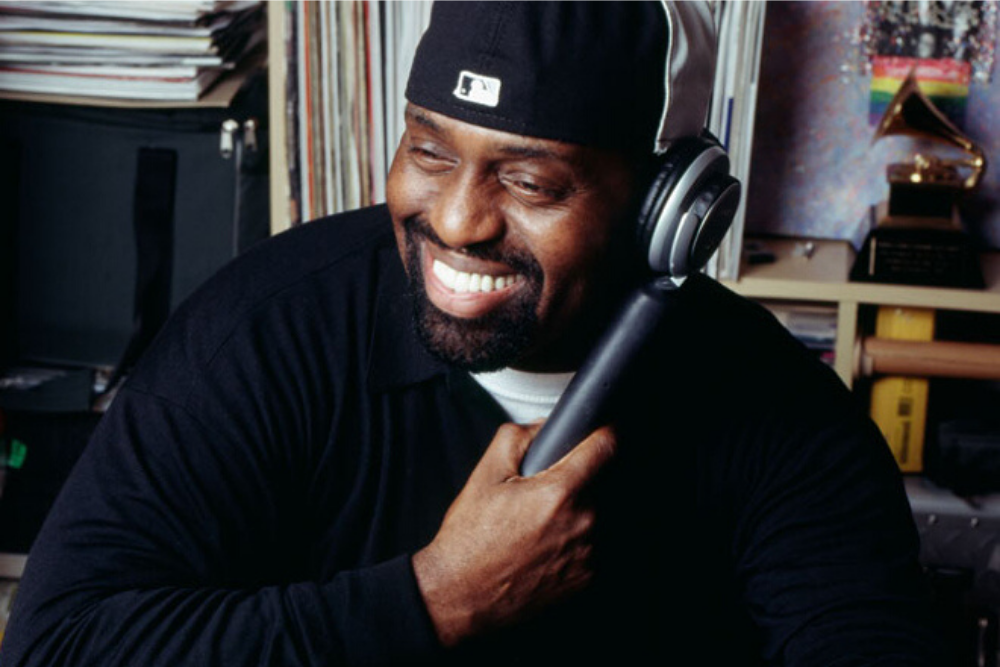 The first edition of a brand new Le Visiteur Online series where we will be celebrating and discussing some of the true icons of Disco and House music with Le Visiteur tribute mixes to accompany.

Who better to start with than the Godfather of House music who would have celebrated his 65th birthday on 18th January 2020. One of the true originators of house music there have already been volumes written about Frankie Knuckles and his contribution to House Music. Originally learning his DJ skills alongside his friend Larry Levan at the Continental Baths and Nicky Siano’s club the Gallery in the late 70’s in New York, Frankie would soon be offered the residency at brand new club The Warehouse in Chicago by his friend Robert Williams. It was an opportunity that he would jump at creating a musical canvas which would change electronic music forever.

Playing an energetic mix of disco classics, indie-label soul, European synth-disco and all manner of rarities his original mix of tracks would become known as House music, a shortened version of Warehouse by the music lovers who would inundate local record shops looking for the tracks Frankie was playing. Frankie was strong in his support for the local producers who were breaking through at the time including Marshall Jefferson, Larry Heard, Adonis and Steve “Silk” Hurley.

It wouldn’t take long for Frankie to hit the studio looking to create his own edits and tracks to keep his sets ahead of the competition using a drum machine that he had purchased from another legend Derrick May.

Throughout his career right through to his untimely passing Frankie would craft timeless house, disco and US Garage under his own name and a variety of pseudonyms leaving an indelible mark on our scene. It is very safe to say that electronic music would sound very different without Frankie Knuckles.

For my Frankie Knuckles tribute mix I have chosen some of his all time classic tracks next to a few lesser know club jams from Piano anthems to jacking house to his classic disco remixes that I have played and loved in my sets throughout the years, I tried to get a good variety of tracks which showcase the different facets of his production. There were of course many tracks which didn’t quite make the mix for various reasons. Here are a few which were on the shortlist and need an honorable mention: Candi Staton – Hallelujah Anyway (Directors Cut Remix), Double Exposure’s My Love is Free (Frankie Knuckles Remix), Joey Negro and the Sunburst band – Secret Life (Directors Cut remix), Frankie Knuckles & Directors Cut – I’ll take you there and Frankies tracks with Jamie Principle, Baby Wants to Ride & Your Love.

Grab most of these tracks from Frankie Knuckles page on Traxsource: https://www.traxsource.com/artist/2440/frankie-knuckles

Originally released in 1986 and mixed by Ron Hardy legendary Chicago label Trax would re-release Marshall Jefferson’s Move Your Body towards the end of the decade as Frankie Knuckles presents Marshall Jefferson. Some editions such as the UK World Dance release would dispense with Marshall Jefferson’s name entirely on the cover. It’s actually debatable how much if anything Frankie had to do with this one on the mix front as opposed to Trax using his name to sell more units and mislabeling taking over from there. The original 1986 version and Frankie Knuckles presents versions are near identical. What is for sure though is that it is a track eternally tied to his name due to the Trax marketing campaign and that it would go on to become one of the biggest house tracks of all time which would help break the genre and both artists across the globe. There was a very tasty Directors Cut version as mixed by Frankie knuckles and Eric Kupper late in Frankies career but I’ve gone for the original as it’s just perfect. Hats off to Marshall Jefferson who played everything on the original and Curtis McClain who sang on this.

Released in 1992 on Virgin the original version of Workout was a sugary sweet US garage track. Where this one came to life was on the B-Side with this powerful dub. Featuring huge Todd Terry esque House synths, it’s a track of two parts. Starting off deep and dubby it morphs into a huge piano workout, using the vocal looped up and sparingly it’s a very classy club track.

Released in 1986 this is Frankie’s earliest listed vinyl release from 1986. Co-produced by Chip E and Joe Smooth You Can’t Hide is a jackin house rework of Gamble & Huffs philly classic You’ Can’t Hide From Yourself as made famous by Teddy Pendergrass. Classic house drums, a brilliant vocal, and that ever so funky bassline. It still sounds great and works the floor well.

Released in 1987 on Dutch label Rams Horns. Frankies vocal and Instrumental mixes were the flip side to the legendary Shep Pettibone remix. Frankie Knuckles tightened the track up beautifully for the dancefloor.

Frankies track as remixed under his Directors Cut partnership with Eric Kupper and edited by French producer Sami Dee. I first caught this track on a Dimitri From Paris mix from Ministry of Sound as few years ago. The track is full of boundless feel good energy. Peak-time party disco house of the highest order.

An absolutely scintillating early 90’s vocal house classic which came at a key moment for the genre. The Sounds of Blackness were a vocal and instrumental ensemble hailing from Minneapolis. Written by Gary Hines, Jimmy Jam and Terry Lewis The Pressure Pt 1 comes from their debut album The Evolution of Gospel which won a Grammy in 1992. Frankies mix would inject the track with a real dancefloor verve perfectly harnessing Ann Nesby’s powerful vocal.

One of Frankies later works and again working with longtime partner Eric Kupper. This one is a real personal favourite. Simplicity at it’s finest, that warm and wonderfully dynamic bassline, subtle keys and an incredible vocal from Antony Hegarty who was the frontman of Antony and the Johnsons. This is a spine tingling slice of modern vocal bliss.

A whole host of legends on this one cut. It’s produced by Frankie Knuckles and Satoshi Tomiie who would go on to be one of the key members of the Def Mix crew. The stunning vocal comes from Robert Owens one of the voices of House music. I’ve chosen this tight remix from a couple of years ago by Robert Gaez who kept the dancefloor soul of the original but gave it a great re-rub for today’s dancefloor.

Two great remixes which I have combined into one mix here. Both are produced by Frankie Knuckles and feature David Morales on percussion. The Penthouse mix kept the groove and drums of the original whilst adding a little Chicago Jack. The paradise Ballroom Remix sees the track re-crafted with some trademark Frankie Knuckles piano for a great hands-in-the-air moment.

One of the all-time piano house classics. Co produced by Frankie Knuckles and David Morales and featuring Eric Kupper on Keyboards. It’s a dream team of talent who would craft this into one of the stand out tracks of the house cannon. Euphoric dancefloor bliss.

Frankies final track, this one took a five year battle with the parent label to get the licensing permission to release and it was worth every second to make sure this saw the light of day. A co-production by Knuckles, Kupper and Good For You label boss Kenny Summit it’s a combination of powerful drums, smooth synths and Lou Rawls incredible vocal.

Released in 1997 and mixed by Frankie Knuckles The Nightwriters Let the music use you still sounds like nothing else. The in your face percussion, earworm synth loops and that incredible soulful vocal from Ricky Dillard. Drop this at the right part of your set and it’s a track which truly soars, grabs the dancefloor and just causes scenes everytime. Please note that this track does not appear on the downloadable mix.

How do you make one of the best tracks of all time better? Simple get Frankie Knuckles in on the remix and ask David Morales to get involved on percussion and keys. Frankies version is deep dubbed out dancefloor perfection featuring wonderful drums, atmospheric keys, and a long build up to the vocal. It’s end of the night crowd pleasing perfection. Looking to create one of those special dancefloor memories then this is the one!

* Does not appear on the downloadable mix. Sorry about that x 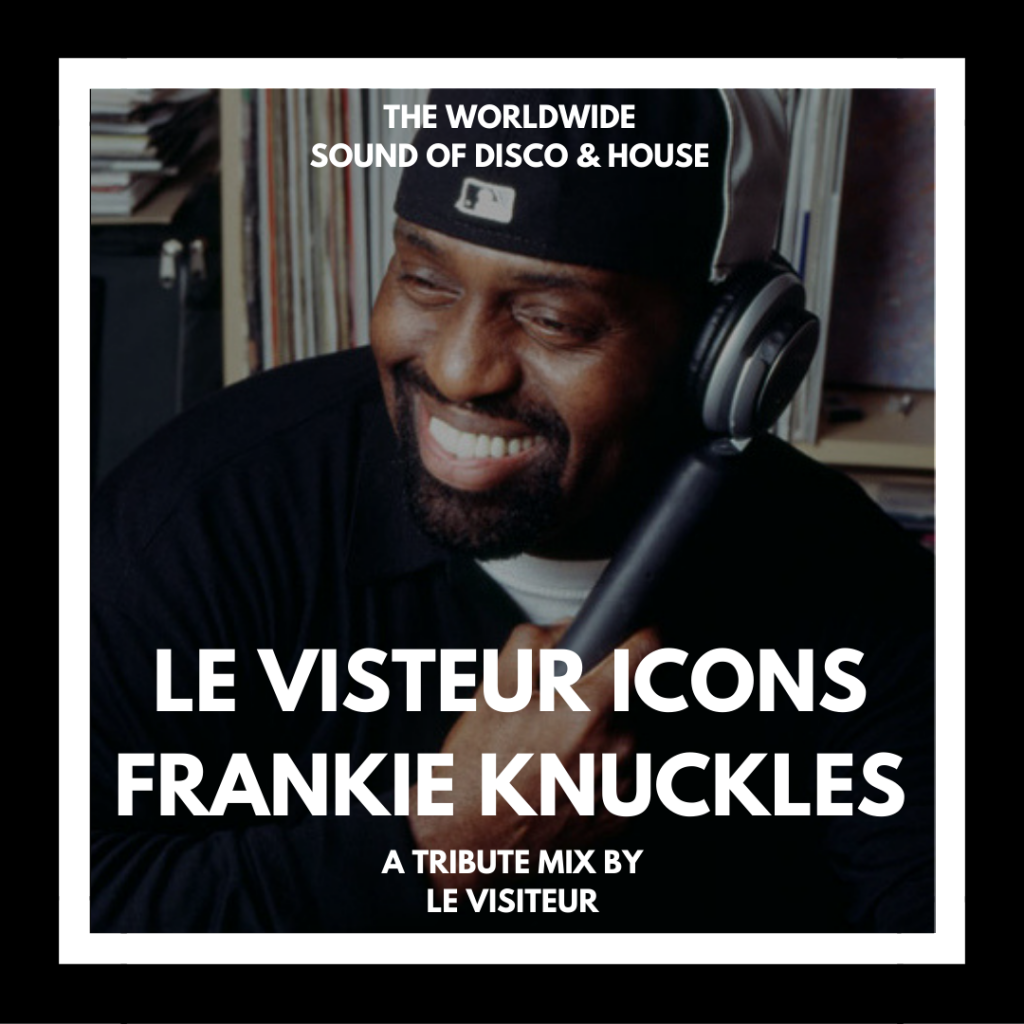 Tags: Frankie Knuckles, house music
This website uses cookies to ensure you get the best user experience. By clicking “Accept All”, you consent to the use of ALL the cookies. However, you may visit "Cookie Settings" to provide a controlled consent.
Cookie SettingsAccept All
Manage consent