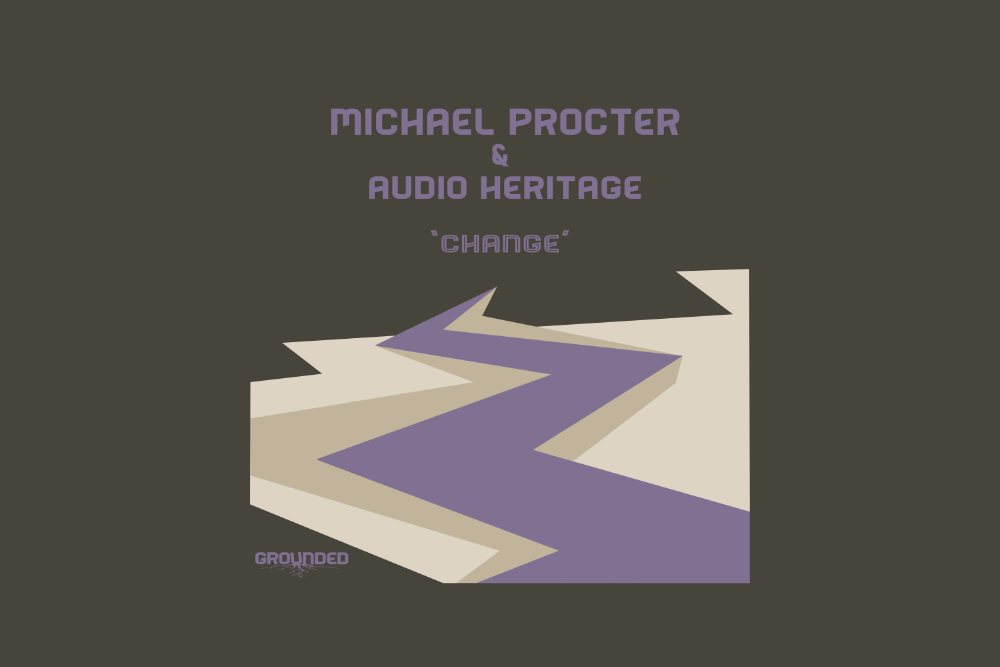 Change is the brand new collaboration between legendary vocalist Michael Proctor and Grounded label boss Si Firmin under his brand new Audio Heritage guise along with partner Colin Levett. It’s an uplifting Soulful house track with a classic feel and heartfelt lyrics written as at a difficult time for Michael as a reaffirmation that “despite the adversities you face, God is always by your side.”

It’s a superb combination fusing smooth keys, a bubbling bassline and Michael’s velvety tones. It’ all comes together perfectly for a smooth yet club focused track

Michael Proctor was lead singer with The Fifth Dimension who he toured with for 10 years before having several huge hits with the Soulfuric label int he 90’s with Love Don’t Live and Deliver Me with Urban Blues Project, and Fall Down as a solo release. He has since had releases on the likes of Purple Music and Glitterbox.

Si Firmin too has had a lengthy career, starting out as a resident DJ in the 90’s in London he would go on to release under a multitude of aliases including 24hr Experience, Latin Jazz Company and Funkagenik Atlantic Sessions.

He is now releasing deep and soulful house under the Genetic Funk alias and is co owner of Grounded who have released tracks by Michelle Weeks, Mr V and Atjazz.

Love this? Check out our Soulful House playlist HERE