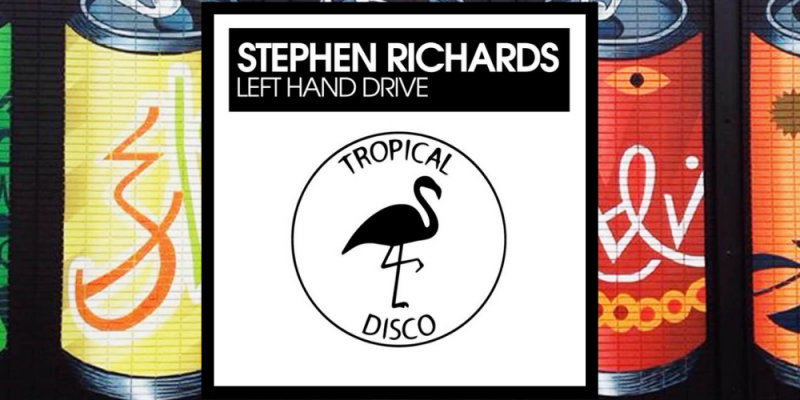 Stephen Richards is well known on the disco scene as the man behind the brilliant Disco Daze radio show which welcomes the cream of the scenes producers and selectors in each week for a guest mix. He is also a stand out producer in his own right with releases on some of the finest disco labels out there including Hot Digits, Alpaca, Masterworks, Situationism, Rare Wiri & Spa In Disco.

His latest release lands on the very first day of 2021 with Tropical Disco Records who were undoubtedly one of the labels of 2020 and clearly aim to keep it that way next year.

Left Hand Drive is a deep sax led disco groover, hypnotic and driving it’s a dj’s dream, a dancefloor bomb for when you are locking that peaktime crowd in tight. Guitar licks, acidic flourishes and a kick ass funky bassline all come together for a gem of a track.

We have a full interview and mix incoming from Stephen before the end of the year so make sure you check back in for that.